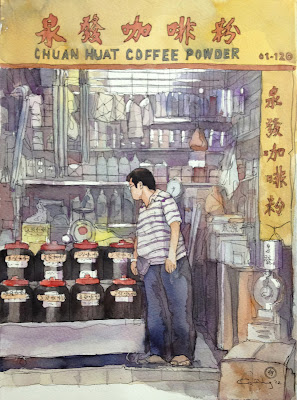 Napoleon’s mocking epithet for the British belied the importance of commerce to the expansion of the British Empire. Singapore’s founding as a port and trading outpost immediately set the stage for local commerce in British infrastructure – the retail trade in a shophouse or as an itinerant stall along the road. In these days of glittery malls and internet transactions, Foo Kwee Horng’s watercolours revisit the city-state's nostalgic trading origins, depicting old-fashioned shopfronts. 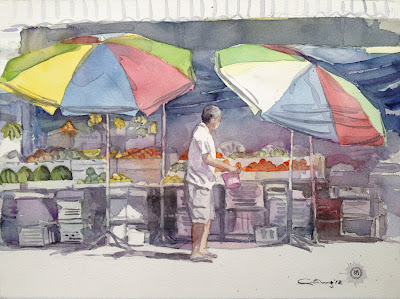 Unlike traditional Singapore watercolours which celebrate the architecture and keep figures at a distant impersonality, several of Kwee Horng’s compositions get upfront and personal with customer and shopkeeper alike. The goods of sale are lovingly detailed, as are their nostalgic settings and arrangements. In this exhibition, Kwee Horng uses not only pure watercolour, but ink and wash, and also experiments with artful monochromes.

Apart from shopfronts, the artist also broaches their evolution into the first shopping centre complexes, as well as transport modes so important to commerce. 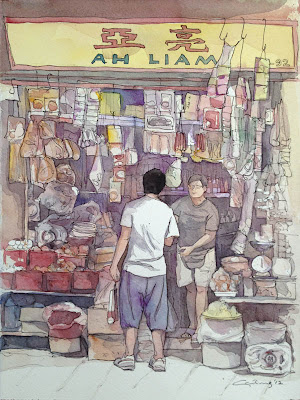 A NATION OF SHOPKEEPERS will open at Utterly Art Exhibition Space in Singapore on Aug 7. 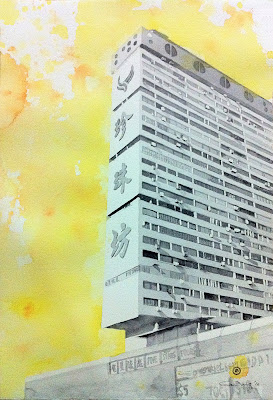 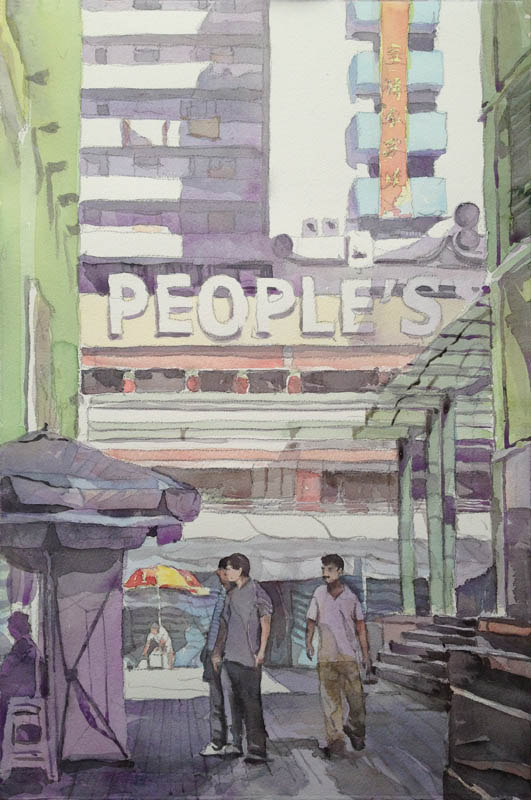 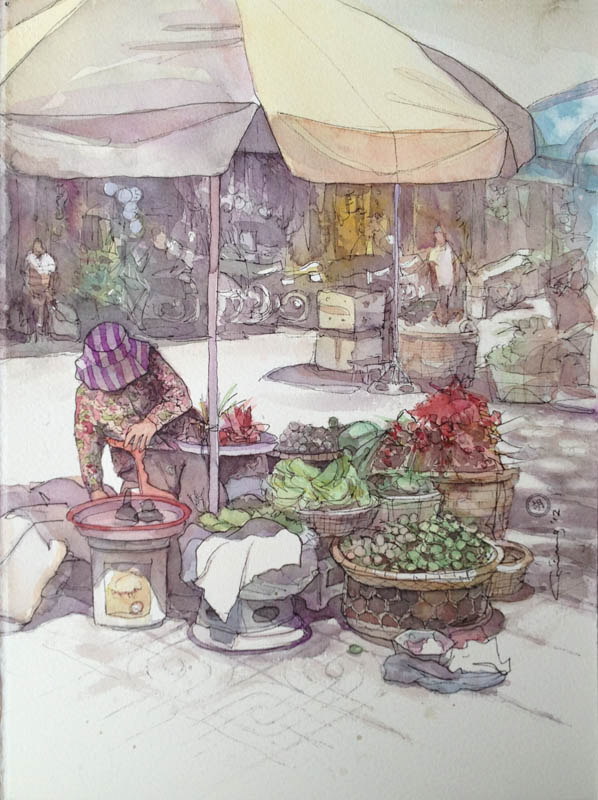 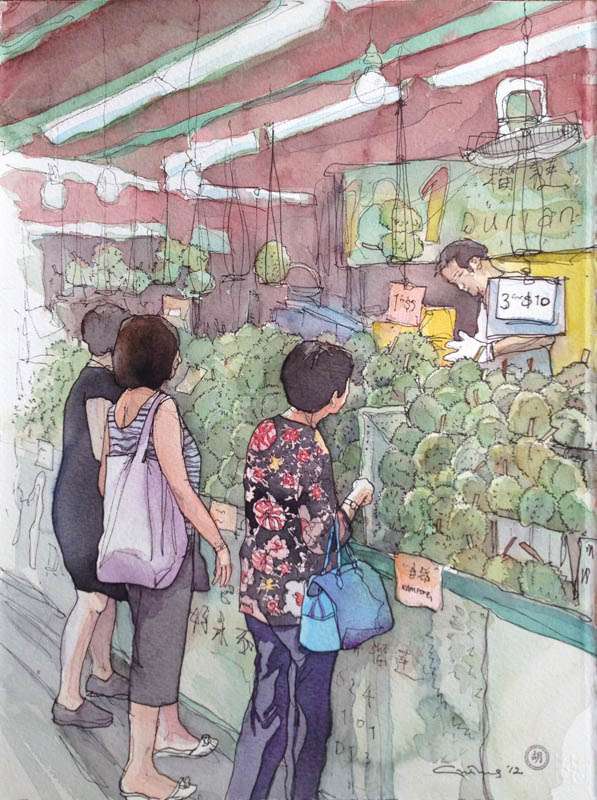 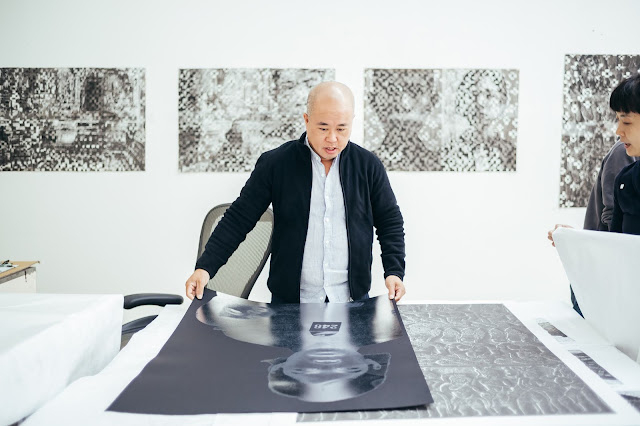 Viewing an artwork can be a very powerful experience and the memory may stay with you for a long time. The impact can be even greater for the artist who created it. One of the most powerful works for Vietnamese artist Dinh Q. Lê is a series he first created in 1997, shortly after returning to Vietnam—the homeland he had fled when he was 10 years old.
Titled “Cambodia: Splendor and Darkness,” the series comprised photographic portraits of victims of the Khmer Rouge regime woven together with shots of the exquisite wall carvings at Angkor Wat.
“There are certain bodies of work you’ve done, you feel it’s completed and you let it go, and some others that stay with you. I think this body was kind of, maybe haunting is not the word, but I always felt it was not complete; for a variety of reasons. At the time, I was only using photography, which had a lot of limitations; I really hate the glossy surface of photography, its plastic feel, and I always felt this body of work needs to be complete…