UOB Painting of the Year by Esmond Loh Fah Rong 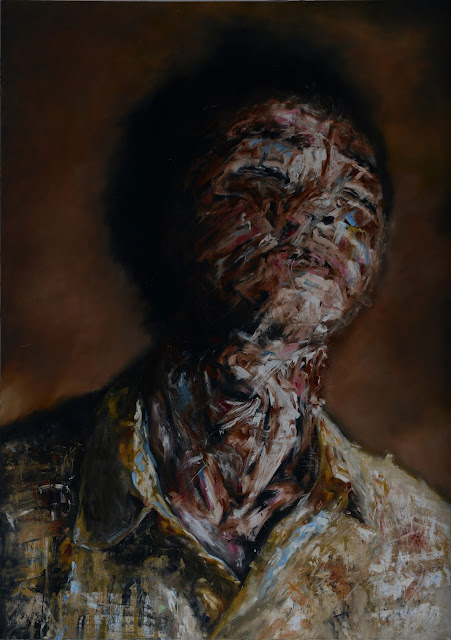 The winner of the 31st UOB Painting of the Year was a 17-year old, Esmond Loh Fah Rong for his oil and acrylic painting titled ‘Just Let Me Sleep’.
The experimental self-portrait illustrates the artist’s exhaustion and a loss of direction in life as a young student. His win has been a bit of a controversy with some arguing that such a young artist shouldn't win. Personally, I feel the style of brush strokes is is nothing new (a couple of Chinese and Vietnamese artists come to mind), but the execution betrays an artistic maturity beyond his years (like the use of sky blue on the face) and if the judges do not know the age of the artists then there can be no accusation of bias..

The majority of the awards in the 31st United Overseas Bank (UOB) Painting Of The Year competition were won by youths aged between 10 to 18 years. They swept two thirds of the prizes in the annual competition!
Singapore