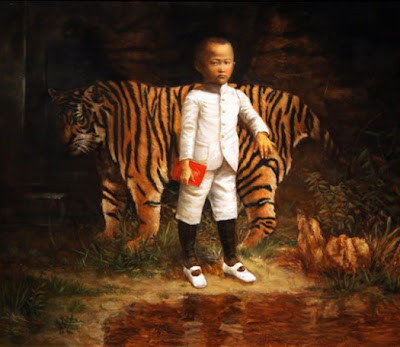 Very little is known about Huang Wei (b.1914 - unknown), a Singapore painter whose works were uncovered a few years ago by artist-curator Alan Oei. Wei began painting - mostly portraits of children - in the late 1940s, after the war. Most of these paintings are still in the process of restoration by Oei and critics have tended to describe his paintings as “representing the trauma of war.”


But Valentine Willie Fine Art is presenting a special exhibition that takes as its starting point, a body of work that reflects the artist’s obsessive reconstruction of the iconic work, Las Meninas (1656), by Spanish Old Master painter, Diego Velázquez 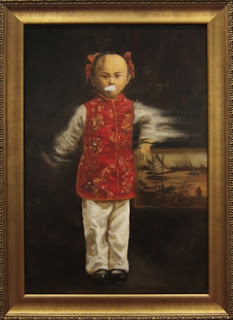 Huang Wei’s imagery is characterized by haunting depictions of children in various settings, realized in the tradition of historical portraiture. Here are ghosts of Huang Wei’s past, a memorial to the loss of his own children during the war.


This particular body of work on display was inspired after a trip to Spain in the 1960s, which led to a four-year period of production of over fifty paintings inspired by Velásquez’s great work of art. 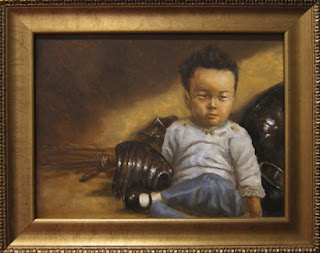 Taking elements such as the Spanish princess, the dog, the reflection of the King and Queen and various compositional elements from this masterpiece, Huang Wei inserts himself, as the artist at work, into this history, as well as playing off the relationship between representation and surface, by including the back of his paintings into his images.
Malaysian art Singapore