Sotheby's HK raises $316 mln; round up of the highlights 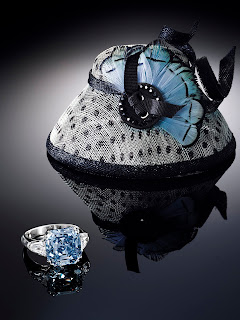 Sotheby's HK had a very successful auction week raising $316 million, solidly over pre-sale estimates of $244 million. Amongst the highlights of the week was a world record for a Song ceramic and the second highest price per carat for a blue diamond at auction. 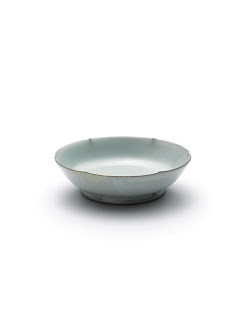 This simple Ruyao Washer from the Northern Song Dynasty sold for $26.65 million to a phone bidder after eight bidders competed for over fifteen minutes. The price tripled its pre-sale estimate of US$7.7-10.3 million. This extraordinarily rare 900-year-old flower-shaped bowl is arguably the most desirable piece of Ru official ware remaining in private hands. 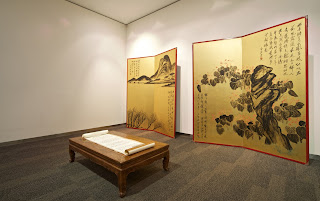 --The sale of Fine Chinese paintings achieved $60 million, more than doubling its pre-sale estimate, and confirming that old master remain very much in favor. Qi Baishi's Willows at The Riverside and Begonias screens fetched a record $9 million, well above the $1.9-$2.6 million estimate 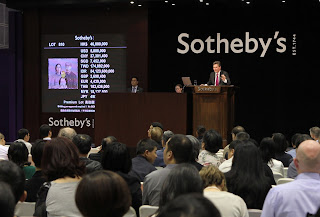 -The sale of Chinese contemporary art was completely dominated by Asian buyers. Zhang Xiaogang’s Bloodline – Big Family: Big Family No.2 sold for $6.69 Million, while Fang Lijun’s 1993 No. 4 fetches $3.67 Million. Both historically important paintings will go to a private museum in Shanghai, according to the auctioneer. That private museum also picked up Wang Guangyi's Post-Classical Series: After Mona Lisa for $541,000.

- The sale of realistic contemporary work, as well as photography did very well. Wang Yidong’s Morning Mist in Mengshan from 2011 sold for HK$11.86 million above an estimate of HK$6-8 million. The sale represented Sotheby’s first offering of photographic works in the context of a sale of 20th Century Chinese Art. 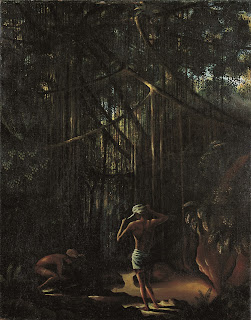 - Southeast Asian art also did very well, with surpassing its pre-sale estimate with 70.4% of the lots above high estimate. The top lot was Walter Spies' Banyan with two young Balinese, which sold for $1.2 million. The sale also set artist records for works by pioneer artists from Bandung School, including Ahmad Sadali and But Mochtar, Vietnamese modern artist Le Pho, and Indonesian contemporary artist Ay Tjoe Christine.  Sotheby's reported that while bidding came from all over Asia there was "determined interest" from new markets in the Greater China region. (See my previous story on Chinese buyers and Indonesian art)

However, it should also be noted that the sales of fine Chinese ceramics and works of arts only sold 52.5% per lot, a very disappointing result. The Meiyintang Collection - Part III also only sold 75% per lots and 73.4% per value, another disappointment.  This clearly indicated that collectors are no longer jumping on any Chinese antiques and becoming much more picky, though they are still willing to pay top prices for extremely rare works.