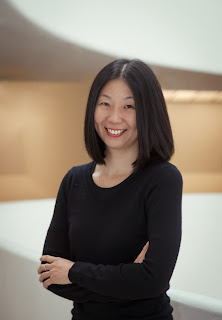 The Guggenheim UBS MAP Global Art Initiative is an ambitious new five-year cross-cultural collaboration to supports artists and curators around in emerging market countries. Under the project, the Guggenheim will invite one curator from three regions ( Southeast Asia, Latin America, and the Middle East and North Africa) to participate in overlapping two-year residencies in New York, during which they will work in concert with the Guggenheim staff to identify new and recent artworks, that reflect a range of each region’s most salient cultural practices and intellectual discourses.

Works selected for the Guggenheim UBS MAP Global Art Initiative will be presented in traveling exhibitions, each of which will be inaugurated at the Guggenheim Museum in New York. The selected works will enter the museum’s permanent collection.

The first phase of the project will focus on the art of South and Southeast Asia and Singaporean independent curator June Yap has been selected to lead that project. The resulting first exhibition will travel to two venues following the opening exhibition in New York. Both Singapore and Hong Kong are target cities where discussions are underway.