Constantly pushing the envelope with unconventional ideas, Zhan Wang has scaled Mount Everest to put a metal rock sculpture at its summit, set adrift a hollow mountain in the ocean, tried to launch a stainless steel “meteorite” into space and recently detonated a large boulder in mid air for “My Personal Universe”, an installation of 7,000 suspended stones replicating a moment of stillness in its explosion. His new exhibition at the Singapore Tyler Print Insitute (STPI) is breaking new ground once again. 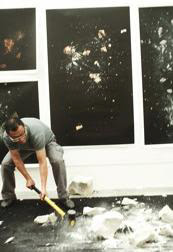 Wielding a sledgehammer, Zhan first smashed boulders of rocks into an explosive spectrum of rocky debris flying across the studio floor as he continued to explore the “Big Bang Theory” that has inspired his most recent works 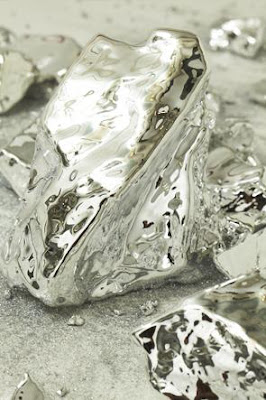 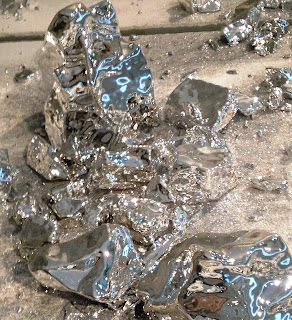 His works definitly stretched the STPI workshop's expertise and the results are stunning. The use of mirrors as an alternative base, added at three-dimensional twist to the visual plane where metallic rock mass seem to float in space and superimpose viewers’ reflections on the artwork.
Asian Art Chinese art Singapore