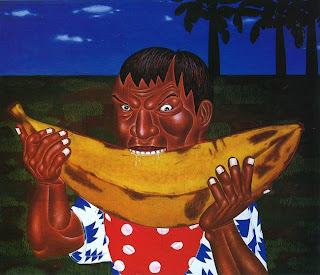 A few years ago, Budi Tek was largely unknown in the international art market, but last year, the Chinese-Indonesian collector was listed eighth on Art & Auction magazine’s top 10 most influential people in the art world. That put him not far behind Eli Broad, the billionaire U.S. businessman and museum founder; Dasha Zhukova, the Russian gallerist and oligarch’s girlfriend; and François-Henri Pinault, the luxury goods tycoon and owner of Christie’s auction house.

Mr. Tek began collecting art about eight years ago and has since amassed more than a thousand pieces of contemporary art, primarily focusing on works by Chinese artists. His collection includes global stars like Ai Weiwei, Zhang Xiaogang and Fang Lijun, as well as emerging artists. In the past couple of years, he has also started to look beyond Chinese artists, buying works by Western contemporary names like the Italian artist Maurizio Cattelan, the German painter and sculptor Anselm Kiefer and the British sculptor Antony Gormley.
Perhaps surprisingly, Mr. Tek owns very few contemporary works by Indonesian artists. While he does have some pieces from Agus Suwage, Eko Nugroho, Putu Sutawijaya, Dadang Christanto and Yunizar, Mr. Tek said that he is now considering expanding this part of his collection and not just for nationalistic purposes; he recognizes there is room for growth in Indonesian art.
Mr. Tek, who owns a private museum in Jakarta and is building another one in Shanghai, said that he had asked his museum curator to go more regularly to Yogyakarta, where some of Indonesia’s best art schools can be found and many of the country’s top artists are now based.
“Building a collection is really about knowledge,” he said during a recent interview in Singapore. “Curators, artists, need to be more pro-active. I’m ready to buy, but I’m just not very familiar with this art scene.”
Mr. Tek’s interest and focus on the Indonesian art market is likely to attract other collectors to the scene.
Long in the shadow of the Chinese contemporary art world, Indonesia has been slowly rising thanks to exhibitions like “The Grass Looks Greener Where You Water It,” which was part of the 2010 French fair ArtParis+Guests, and two high-profile exhibitions last year: “Indonesian Eye: Fantasies and Realities” at the Saatchi Gallery in London and “Trans-figurations: Mythologies indonésiennes” at the Louis Vuitton Cultural Space in Paris.
Zineng Wang, specialist in Asian 20th-century and contemporary art at Christie’s, said Indonesian art, together with Korean art, had gained significant visibility within and outside of Asia in the last couple of years. “It is a development we see continuing to the general benefit of the Indonesian contemporary art scene,” he said by e-mail.
Works by I Nyoman Masriadi, the top contemporary Indonesian artist at auction, have a strong following, consistently selling for $300,000 to $500,000, and top international galleries have been taking notice. Last year, the Paul Kasmin Gallery, based in New York, presented Mr. Masriadi’s first solo exhibition in the United States.
“Unfortunately, we still suffer from what the art critic Robert Hughes called ‘cultural cringe,”’ said Valentine Willie, the owner of Valentine Willie Fine Art, which has galleries in Singapore, Kuala Lumpur, Manila and Yogyakarta, on the island of Java. “That is, our art is only art if New York or London says it is.”
Mr. Willie added that because of the lack of scholarship in Southeast Asian contemporary art, potential collectors of artworks from the region only have auctions as a “default validation” to know what is “worth” buying.
The lack of knowledge about this particular art scene is a sentiment echoed by many other collectors, particularly those in or from China. “I know of a few Taiwanese collectors who buy Southeast Asian art, but very few people in mainland China are interested in these artists, because we have no connection with them, ” said Yang Bin, a prominent Chinese collector.
Like Mr. Tek, Mr. Yang started building a large collection of Chinese contemporary artworks before bypassing the rest of Asia to start collecting Western contemporary artists. He has works by Roxy Paine, Louise Bourgeois, Mr. Kiefer and Tony Oursler, among others.
Hoping to learn more about Indonesian art, Mr. Yang joined a small group of collectors — including the influential Chinese collector and gallery owner Pearl Lam — on a four-day tour earlier this year organized by Art Stage Singapore, an annual art fair. Lorenzo Rudolf, the director of ArtStage, said he felt it was important to organize such trips for collectors who are still rather unfamiliar with Indonesian art. “Asian collectors tend to start buying what they know — Indonesians, Indonesian art, Chinese, Chinese art — and then they go directly to the Western market, bypassing the rest of the region,” he noted.
Ms. Lam, who bought works during the tour, said the trip had given her a better appreciation of a “different culture which creates a different art.”
Meanwhile, Mr. Tek next month will showcase an Indonesian artist, a first for his private museum, presenting the work of Dadang Christanto, a politically engaged artist, now based in Australia.