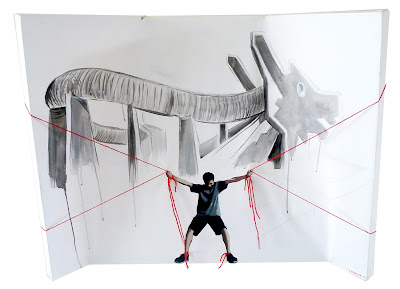 Don’t Forget To Remember is small group exhibiton at Art House bringing together art students from LASALLE College of the Arts around the topic of capturing and preserving transient memories. It features young Singaporean artists that have already started to make some noise, such as TR853-1 (always one of my favorites).


In fast changing Singapore, it's easy to forget how things looked like only a few years ago and with the constant pursuit of economic sucesss measure in monetary term, is the country loosing sight on its earlier values?

Throughout the exhibition, Memory is showcased as a thread which runs through familial, social, and national fabric. Each artists seek to remember and cherish an important element of life in their works.


TR853-1 re-interprets the role of canvasses with graffiti and a desire to retrieve a lost, unique identity. His Out of the Outer Box series feature a stencil of his portrait on a plain white canvas. The figure, referred to as a puppet, engages in a series of motions using a red thread to deal with the space, tearing it and breaking it. This series reflects the consequences of the spirit of competition in Singapore ‐ for fear of being left behind or losing, not many dare to take an alternative route to success, always following the path that is already laid out in front of them. 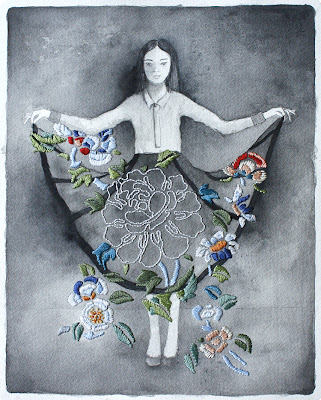 The Looms In Our Bones, by Izziyana Suhaimi (b. 1986), is a series which explores our varied and
sometimes conflicting ancestries. Two different cultures with two different sets of traditions and beliefs can be meshed together to form a motley of traditions and practices. Perhaps one might even be able to choose which culture or cultures to adopt or abandon, seemingly easily like changing clothes. Using items of traditional costumes and modern fashion designed to look like traditional costumes, the artist hand embroidered these items onto portraits of differing races and ethnicities. The artist herself has ancestors who were Javanese, Bugis, Indian and Chinese. She was raised with Malay traditions, but often mistaken for a Chinese because she looks like one. 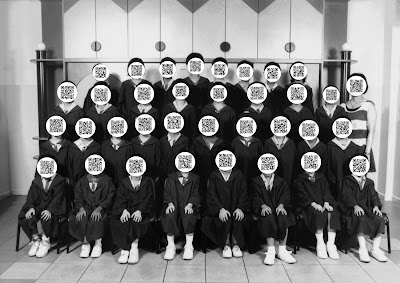 Kamarule provides quirk and impermanence to faces with the use of the QR codes technology in his Facial Codes series. By superimposing circular discs with Quick Response codes – a type of data‐encoded matrix barcode - where one might expect to see faces of people, the artistchallenges the extent to which the viewer can make meaning of what he sees, before it is rendered useless. 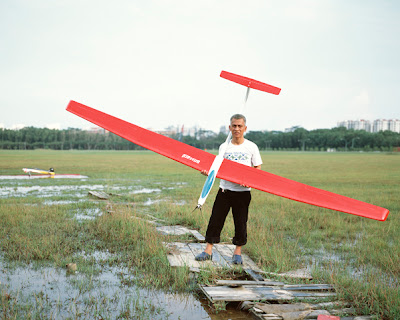 Hafidz Senor is exhibiting his Quarry Park series, featuring large format photographs taken in his hometown of Tampines. These images document the interaction between locals and the exterior landscape. Growing up admiring and wandering through the landscape, Quarry Park captures the artist’s nostalgic exploration of space, memory and identity. Hafidz’s film Shingaporu Monogatari
will also be screened. It is about his grandfather’s experiences as a 14 year‐old during the Japanese Occupation.