'Winged Spirits: Birds in Chinese Painting' is showing at the Smithsonian in Washington until August 5. In Chinese culture many birds are endowed with strong symbolic associations, both on their own and especially in combination with certain auspicious flowers. The Crane, for example, is the symbol for longevity because of its exceptionally long life span. The magpie is a symbol of joy associated with happy family life and the rooster, an auspicious symbol that ward off evil spirit with his loud crow. The Nightingale suggests love and longing, while the peacock is another symbl of longevity and new growth. 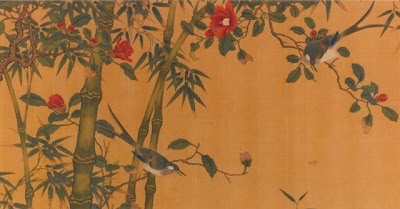 In the tenth century, birds and flowers emerged as major themes in traditional Chinese painting. At first such images were based on the close observation of nature and employed fine detail and color; later they derived from the painting tradition itself and often were rendered in only ink. 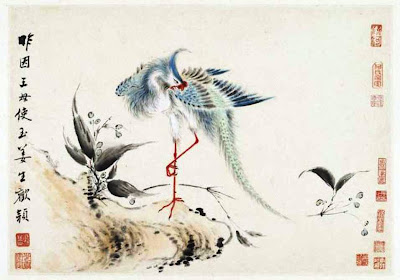 While the primary interest of many artists was to capture the essence or spirit of their subjects, most birds in the paintings can be scientifically identified. In this exhibition, more than thirty-five species of birds are depicted in flight, on the ground or in water, or perched on tree branches. 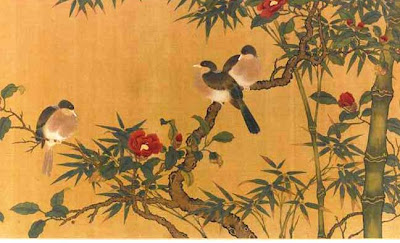 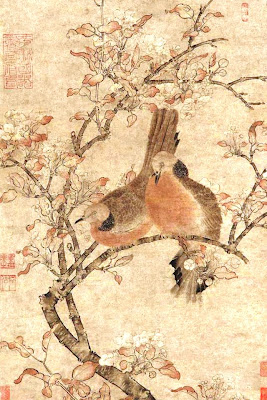