Published - Year of the Dragon Is the Time to Strike 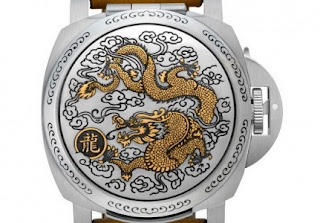 Each year since 2009, Panerai, an Italian watch brand known for its classic-looking sports watches, has designed a limited-edition Luminor Sealand watch dedicated to a creature from the Chinese Zodiac. The brand releases them exclusively in China with little fanfare, yet the 50 pieces have always sold out.

The latest addition to this series, released this month, is inspired by the art of Chinese paper cutting and features an etching of a dragon piercing through clouds and mist. It is etched onto a brushed steel cover that protects the watch’s sapphire crystal.

Panerai is not the only brand celebrating the Year of the Dragon, which begins next Monday. While some brands have occasionally released a special Chinese zodiac watch — especially when the animal had some broader general appeal like the tiger or horse, rather than goat or ox — everybody seems to be offering to the ever-important Chinese consumer a special edition to remember what is usually considered a very auspicious animal. 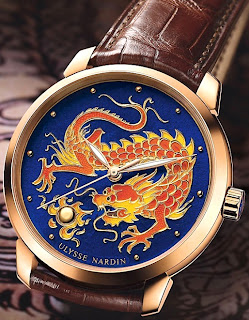 “The luxury market is now heavily dependent and supported by the Chinese buying inside and outside China,” Ng Tjeng Jaw, a watch collector in Singapore and editor at large of Revolution, an international watch magazine, wrote by e-mail last month. “The whole haute horlogerie industry is doing everything it can to capitalize on this. With the uncertain outlook of European economies coupled with constant fear of a possible China slowdown, there is now a greater sense of urgency for luxury brands to exploit the Chinese market even more while they can.”

Conscious of this link, many watch brands have chosen to use the design of an imperial dragon, which is traditionally represented with a long serpentine body, a pair of horns and five claws. The imperial dragon often cradles a large pearl, which is believed to represent the wisdom of the emperor’s thoughts and commands. Only the clothing of the Chinese emperor was allowed to depict the five-clawed dragon, whereas that of his officials and other nobles had three-clawed or four-clawed dragons depending on their seniority. 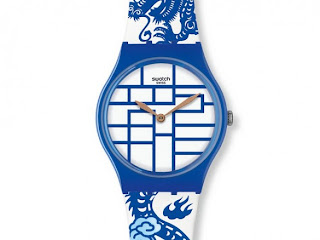 The Chinese watch market continues to grow, and with these new watches squarely aimed at this increasingly lucrative consumer group, several brands are also celebrating traditional crafts that are especially appreciated by the Chinese, like enameling and cloisonné.

The dragon scales have been given an added gleam with the use of infinitesimal flakes of gold, a new technique for the company, Thiebaut Bentz, head of international marketing at the brand, said by e-mail recently.

The use of gold flakes makes the enameling process more difficult, as it requires more careful control of the temperature of the oven and the “cooking” period needs to be more precise, Mr. Bentz said.

The Swiss watchmaker Ulysse Nardin is also producing 88 pieces of its Classico Enamel Champlevé Dragon. Set atop a background of the special blue enamel dial of the Classico that is the company’s distinctive signature, a bright orange and yellow imperial dragon writhes about the hour markers while an explosion of fire escapes from its mouth to set a pearl ablaze.

Patrik P. Hoffmann, chief executive of Ulysse Nardin, said by e-mail late last month that while the company had released a watch for the Year of the Tiger in its ladies’ Caprice collection, this was the first time it would release a zodiac watch using the traditional art of cloisonné enameling, as the company starts leveraging on its recent acquisition of Donzé Cadrans, a company specializing in cloisonné.

For the special dragon edition of its ultraslim HMS1 model, the British company Arnold & Son sought its inspiration from one of the dragons depicted on the Nine-Dragon Wall in Beihai Park, an imperial garden to the northwest of the Forbidden City in Beijing, for a gold appliqué dragon on a black lacquered dial. 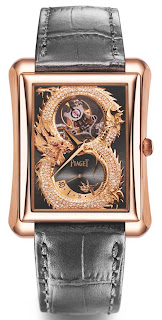 In a more-is-more approach, Piaget of La Côte-aux-Fées, Switzerland, has gone all out with a Dragon & Phoenix series that offers watch lovers a choice of 24 different models with engravings, cloisonné or enamel features of dragons or a phoenix. The phoenix, which Chinese tradition considers the queen of all birds and a symbol of virtue, represents the feminine yin to the dragon’s masculine yang and was usually associated with the Chinese empress.

Using a range of existing models, from Piaget’s ultrathin calibers to the Tourbillon Relatif, artisans have adorned them with the mythical creatures using a variety of techniques. The Piaget Altiplano’s grand feu enamel dial is decorated with the fierce head of an imperial dragon using a cloisonné technique that outlines the dragon in pure gold wire, while the bezel is paved with 78 brilliant-cut diamonds.

With the Piaget Emperador XL, a tourbillion model, Piaget designed a dragon in the shape of the number eight and set it with 257 brilliant-cut diamonds.

The highest-priced watch in the Piaget series is the Altiplano Double Jeu, of which the watchmaker will sell only eight dragon and eight phoenix styles, each priced at 2.4 million renminbi, or $380,000. A white-gold, three-dimensional, hand-engraved five-clawed imperial dragon holding a pearl is encased within sapphire glass that acts as a protective cover to the simple gray dial. The case is decorated with 38 brilliant-cut diamonds around its bezel, while the dragon sports ruby eyes.

“The Chinese-related theme watches have been doing well, and the dragon watches probably won’t be an exception,” Mr. Ng wrote.

“Having said that,” he added, “brands need to be responsive to market conditions without pandering. The balance is a delicate one.”


This story was first published in the IHT on Jan 16th.