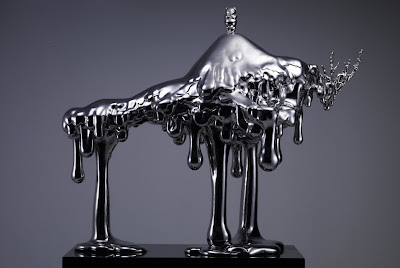 Ode to Art Contemporary will be presenting a solo show by Chinese sculptor Chen Wenling at its booth during Art Stage 2012. The exhibition will showcase artworks from his two renowned series of sculptures: Red Memory and China Scene. 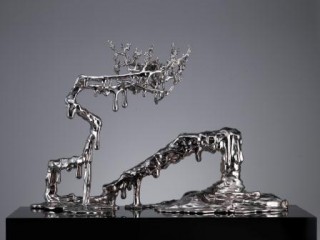 Born in 1969 in Anxi, a small, remote village in Fujian province, China, Chen remembers his family being so poor that his parents could not afford to buy him toys. Showing an inkling of artistic flair from an early age, he grew up making figurines out of mud and wood to entertain himself and drawing with charcoal on the white walls of his neighbours’ houses. His parents encouraged his artistic talent and Chen went on to study at the Xiamen Academy of Art and Design, and then at the Central Academy of Fine Arts in Beijing. During those artistically formative years at art school, Chen remembers greatly admiring the famed French sculptor Rodin, whose works he considered to be ground-breaking, as well as Picasso, Magritte, Dali and the Colombian sculptor Botero. More recently, he’s been closely following the work of British artist Damian Hirst.

After graduating, Chen spent five years wandering around China, trying to find work as an artist. He ended up doing a series of short-term jobs including teaching painting, drawing comics and making craft sculptures to order before a Taiwanese collector who was holidaying in Xiamen chanced upon one of his works in a local bar. The collector was so impressed he bought a dozen pieces from Chen, paying 1 million renminbi, which finally enabled him to strike out as a full time artist. That was in 1998 and the artist has never looked back.

Moving to a small studio in Beijing, he started work on his first big series, Red Memories, in which he sculpted young, innocent boys with emaciated bodies and exaggerated facial expressions, revealing a wide range of emotions from shyness and puzzlement to hunger and cold. “This series was based on my childhood memories, but I think it also represents all Chinese children of a certain era. Obviously not today's, because children are much fatter now,” Chen once told me, “With this series, I wanted to talk about human nature and emphasize the unpretentiousness of children in contrast with what is happening in contemporary China.” 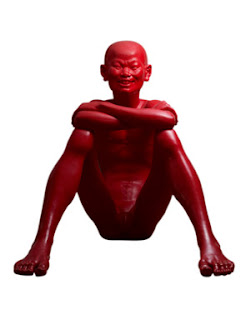 Chen spray-painted his bronze sculptures flaming red, a colour ingrained into Chinese consciousness and which can be given many interpretations. “It is a colour associated with wealth and happiness, but it is also a very political colour in the context of China." 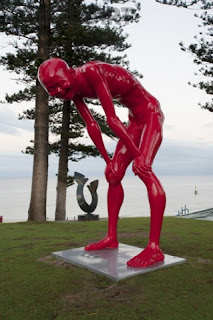 In 2003, the artist started his Happy Life series, with most sculptures using a pig - drawing on memories from his childhood raising pigs - as a parable of human nature. In these indirect satires of an increasingly consumerist society, Chen dressed his pigs with clothes, making them stand up in anthropomorphic poses thereby commenting on self-indulgent materialism.

In his latest series, “China Scene”, Chen has turn toward more experimental and large public work, looking at the effect of global warming on nature and the world around us. Sculptures of deers, mountain seem to be melting like giant silver icerberg under our eyes.