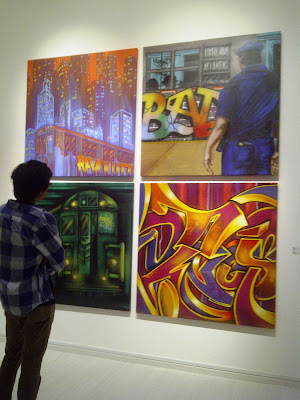 Off the Wall is a new exhibition organized at Helutrans by Fortune Cookie and French gallery Wallworks that brings together 18 street artists from France and Singapore.

Graffiti is now taught in various art institutions—one such institution is the Museum of Modern Art and Sculpture in Sao Paolo, the MuBE Brazil, and graffiti artists have been making inroads into important galleries, museums and art auctions.

Swatch, for example, has commissioned urban artists such as Tilt from the TRUMAC crew in France to put their art onto a 2011 Fall/Winter collection of 8 watches. Luxury brands like Prada and Louis Vuitton have worked with street artists. Most recently Hermès' collaborated with TRUMAC crew's Kongo to produce the "Graff Hermès" silk scarf from the house's Autumn/Winter 2011 carré collection. 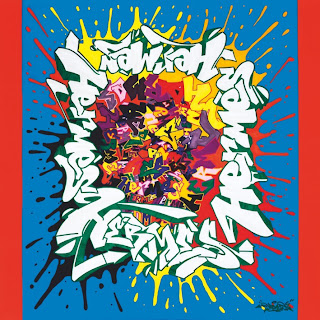 The tie-up goes beyond product design—Hermès is supporting “Kosmopolite”, the international festival of graffiti co-founded by Kongo, through the sale of the “Graff Hermès”. The project takes Kongo & his crewmates on a world tour, visiting major metropolitan cities of the world (Sao Paulo, Rio de Janeiro, Paris’ Bagnolet 93, Jakarta, Johannesburg’s Soweto, New York’s Bronx, etc.) where they will work with local artists based on photos taken from an earlier visited city. For example, they have worked with artists in Brazil based on pictures of Paris and then taken pictures of Brazil and gone on to Jakarta to collaborate with local artists there. The process goes on until it comes full circle when an exhibition will be held to showcase all the collaborated artworks.

It is not just the consumer brands, which have taken notice of the power these forms of visuals wield. The art world has also been taken quite by storm, ever since ‘Tag’ organized by the art collector, Alain Dominique Gallizia in 2009 at the hallowed atrium of the Grand Palais brought together one hundred and fifty street artists showing their works.

Trendsetting galleries have also discovered the relevance and attraction these works of art hold in the hearts of art collectors. It also does not hurt the movement when bigwig corporate art patron Fondation Cartier has also lent their name and helped put up successful exhibitions.

There are some very interesting works, notably by TR853-1 (one of my favorite local artists).

Unfortunatly, because the French artists have been grouped into one room and the Singaporeans into another , it reinforces the feeling that local ones still have some way to go in the Street Art area department (numerous works are closer to painting with a spray can, than "pure" street art..) 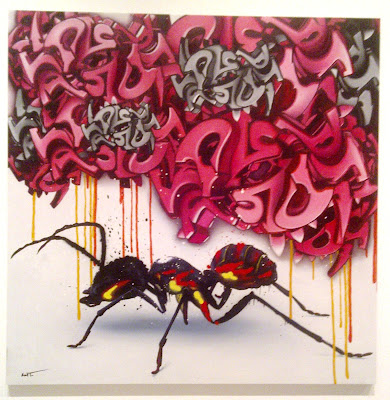 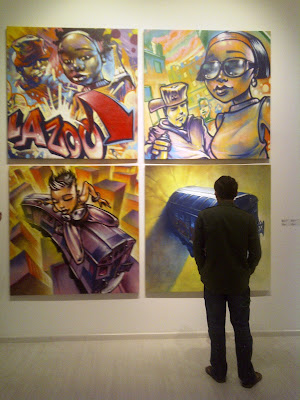 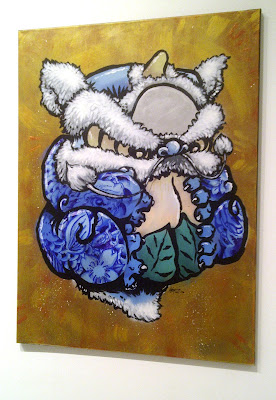 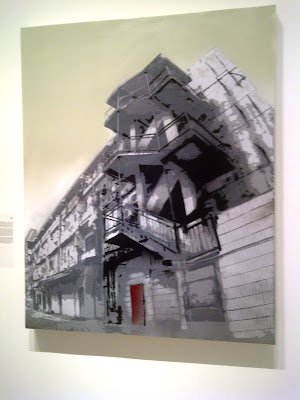 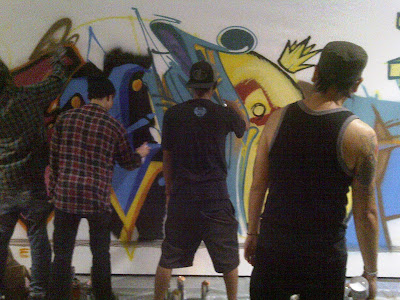 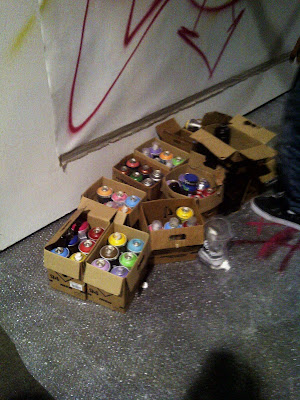 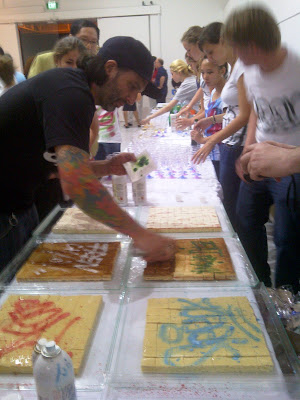