In 1973, the chairman of Cartier Paris, Robert Hocq, bought an old Portico “mystery clock” at a Christie's auction. The clock, made by Cartier in 1923, was shaped in the form of a Shinto shrine gate with the clock serving as a gong, and was topped by a small carved crystal Billiken, a figurine with pointed ears that had been patented by an American teacher and was much sought after at the time as a good-luck charm.

The purchase led to the establishment of the Cartier Collection, officially founded in 1983, which now holds nearly 1,400 Cartier pieces, including 400 timepieces. The Portico clock will be one of the highlights of a traveling exhibition called “Cartier Time Art” that will open at the ArtScience Museum in Singapore on Dec. 14 after a show this autumn at the Museum Bellerive in Zurich.

Mystery clocks, whose hands seem to float on the dial, were invented by the French illusionist Jean-Eugène Robert-Houdin, who created the optical trickery by attaching one watch hand to a large crystal disk with serrated metal edges that were hidden in the sides of the clock.

Cartier’s master clock maker, Maurice Couët, perfected the optical illusion for a clock with two hands, bringing the principle to new heights with lavishly decorated designs that incorporated influences of Egypt, Persia and the Far East, which were in vogue for the first couple decades of the 1900s.

The Portico clock was the first of a series of six clocks considered today to be the grandest of Cartier’s mystery clocks, said Sam Hines, the head of watches at Christie’s Asia.

“These clocks were a true testimony to the imagination and sense of humor of Cartier’s designers as well as their enthusiasm for exoticism,” Mr. Hines said. He noted that the Portico clocks commanded the highest prices for mystery clocks at auction. In 1991, an Egyptian Portico mystery clock, originally estimated to sell for $100,000 to $150,000, sold for $1.54 million.

“With the exhibition we wanted to show the continuity of our philosophy,” said Pierre Rainero, Cartier’s director of image, style and heritage. “What is obvious when you see the exhibition is the way we always look at the integration of movements into an aesthetical object. Any design is integrated with the mechanics and any mechanics is integrated with the design. It goes back and forth.”

“Whenever we’re trying to create a complicated movement, we’re always thinking about the aesthetical interpretation within the watches,” he added. “If you look at these watches, especially the contemporary ones, you will see immediately the common points. For instance, the dial is conceived in depth, it’s not flat. It’s a grid on which the Roman numerals are positioned, and then you have another level underneath.”

To reinforce the importance of design and innovation in its watchmaking, Cartier hired Tokujin Yoshioka, a well-known Japanese designer, to handle the scenography for its exhibition. Mr. Yoshioka decided to present Cartier’s contemporary creations in cases that present the object along with a large 3-D moving display of the inner workings of the watches, giving visitors a better understanding of the technical innovations.

“When you see the object externally, it can be hard to imagine what is inside and how the movement is actually working,” Mr. Rainero said. “This display is showing you the heart of the object.”

Cartier, established in Paris in 1847, has a long history of serving royalty, once being called the “jeweler of kings, king of jewelers.” The company also has a rich watchmaking history. 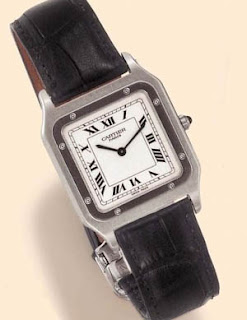 The Santos watch, created in 1904 for the Brazilian aviator Alberto Santos-Dumont, helped create the taste for wristwatches for men at a time when they had been mainly worn by women and were considered rather effeminate

The Tonneau in 1906, the Tortue in 1912 and the Tank in 1917 are other designs that demonstrate Cartier’s creativity, which often was inspired by the art world, like the Art Deco movement. These models still form the backbone of the Cartier watch collection. 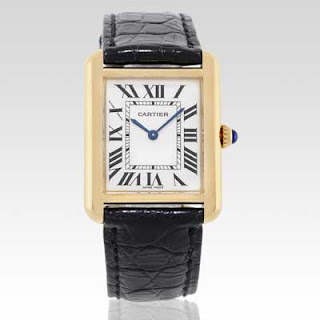 “I think these designs were particularly strong because they always look contemporary, never old-fashioned,” said Mr. Rainero, adding that Cartier had created many variations of the original designs, though they always remained recognizable.

Cartier’s designs often have stories behind them. For example, the Tank was designed to celebrate the U.S. Army joining the Allied forces and bringing their armored vehicles in World War I. The Cartier Crash of 1967, with its angular broken case, was conceived after the vice president of Cartier London was involved in an accident in which his car caught fire and his gold watch was damaged.

Cartier’s watchmaking expertise in the 1920s was foremost in design, as it mostly used mechanisms provided by Edmond Jaeger, a future associate of Antoine LeCoultre.

But the company also made technically complex mechanisms, like pocket watches with a minute repeater, a split-seconds chronograph, a perpetual calendar and moon phases, made in 1927; or a minute-repeater Tortue watch from 1928.

These extra features, known as complications in the watch world, are highlighted in the exhibition as a link between Cartier’s pioneering designs from the early 1900s and its recent renewed efforts to establish the brand among fine watch makers, after Cartier’s owner, the Richemont Group, purchased the luxury watchmaker Roger Dubuis’s manufacturing facilities in 2007. This purchase allowed Cartier to set up its own workshop within the manufacturing process. 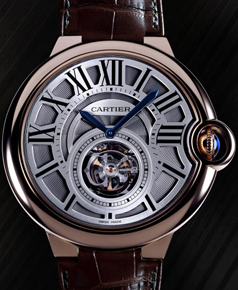 Melvyn Teillol-Foo, an avid collector of Cartier watches, said: “Today, a big problem for brands is the supply of components for their watches. A major cause of delay in prototyping or production is getting hands, dials, cases and movements on time because suppliers have other clients or do not respond quick enough to design changes. So, it makes business sense to add value or multiply value by bringing R.&D., component supply and production under one roof. Cartier has one of the largest, if not the largest, work forces under one roof for watchmaking in Switzerland.”

“They also hired Carole Forestier Kasapi as technical design head, with years of experience at Renaud & Papi and Ulysse Nardin,” he added. “This may be the real Cartier secret, because the technical solutions that she worked on in the past are appearing in Cartier watches today, thus satisfying the demographic that likes complications.”

This story was first publisehd in the