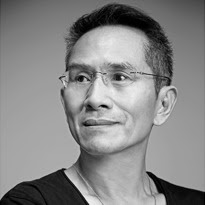 Hailed as Asia's premier choreographer, Lin Hwai-min has pioneered Chinese contemporary dance since founding the Cloud Gate Dance Theatre of Taiwan nearly 40 years ago. The mild-manner choreographer became "hooked" on dance at age five after watching the famous British film, The Red Shoes, 11 times. But, it was only when he saw the groundbreaking choreographer José Limón perform ten years later that he decided to be a dancer.

After training at the New York studios of Martha Graham and Merce Cunningham in the late 1960s and early 1970s, Lin returned to his native Taiwan in 1973 to set up Cloud Gate, the first contemporary Chinese dance company. His early works, including the debut Tale of the White Serpent, were reinterpretations of traditional Chinese epics and opera mixed with a modern perspective. The company’s reputation soared in the 1990s when Lin abandoned narrative and began creating a new dance vocabulary with less culturally specific pieces such as Songs of the Wanderers and Moon Water, inspired by Tai Chi, the Chinese concept of qi (energy) and calligraphy.

Cloud Gates' Water Stains on the Wall will show at the Esplanade in Singapore early February.. having seen the troupe's previous production, the performance will be a must attend event for dance lovers. 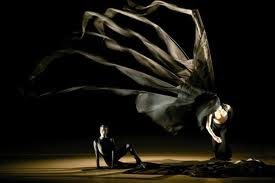