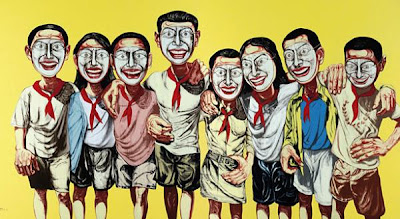 ArtTactic has released its latest Chinese Art Market Confidence Survey. While the overall Chinese Contemporary Art Market Confidence Indicator remains strongly positive, despite the drop in confidence in the international contemporary art market, market confidence is likely to be tested in the next 6 months as experts are showing concern about the sustainability of the current growth rate, the report stated.


About 49% of the experts in the survey (up from 17% of in April 2011) believe the Chinese contemporary art market will remain flat in the next 6 months.

"Artist confidence" remains high at the top-tier, with 67 percent of artists now having a reading above 50, indicating there is more positive than negative sentiment towards the artist’s market. In the Top 10 Short-Term Confidence Ranking, Zeng Fanzhi has moved from fourth place to first, and four new entries have taken their places in the top ten: Song Dong (now second place, up from 12th), Zhang Xiaogang (fourth, up from 11th), Li Songsong (sixth, up from 15th), and Gu Wenda (eighth, up from 19th).

In terms of long-term confidence, 35 percent of artists have seen a positive increase over the past six months. Among the top 10 artists that the experts believe will stand the test of time are Ai Weiwei, Cai Guoqiang, Zeng Fanzhi, Yang Fudong, Zhan Wang and Xu Zhen. new artists making up the list since the last April survey include Zhang Peili, Song Dong, Xu Bing and Zhang Xiaogang.
Asian Art Chinese art