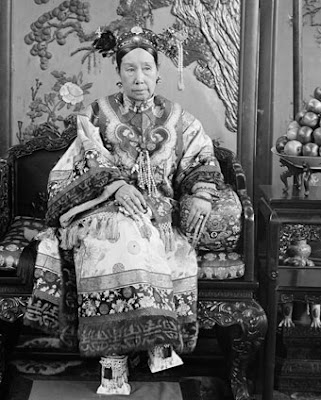 
From the 1860s until her death, the Empress Dowager Cixi (1835–1908) was the dominant political figure of China's Qing dynasty (1644–1911), acting as regent to two successive emperors. During her reign, the Qing court came to be regarded as conservative, corrupt, and incompetent. The situation worsened after the Boxer Rebellion of 1900, when Cixi was accused of encouraging the killing of foreigners and Chinese Christians. Her reputation plummeted in China and worldwide.
In response, the Qing court initiated measures to improve the Empress Dowager’s image. Along with inviting foreign visitors to receptions at the palace, these efforts included arranging for a series of photographic portraits of Cixi, some of which were presented as diplomatic gifts. Taken by a young photographer named Xunling (ca. 1880–1943) between 1903 and 1904, the series comprises the only surviving photographs of the Empress Dowager. The Freer|Sackler Archives contains thirty-six of Xunling’s original glass-plate negatives, which form the basis of this exhibition. 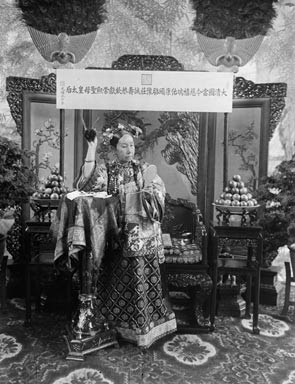 Though dismissed as emblems of Cixi’s vanity and the Qing dynasty’s extravagance, the photographs became an enduring symbol of the dying reign and helped form the “dragon lady” persona seen in films throughout the twentieth century. But closer examination of the photographs reveals many of them were crafted as part of a strategic diplomatic and public relations campaign. Analysis of carefully placed symbols found within these images has provided new insight into the Qing court culture, as well as the Empress Dowager’s public and private life 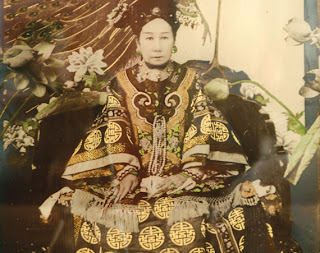 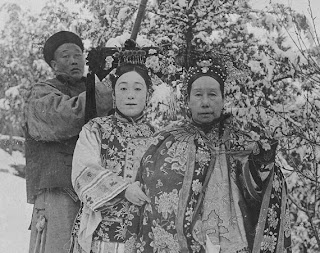