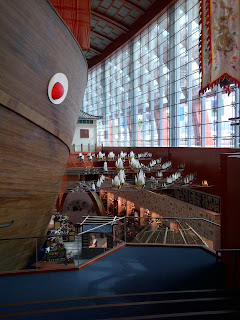 Media were given a sneak peak of the Maritime Xperiential Museum which will open at Resort World Sentosa on October 15. The new maritime museum, designed to ressemble the reversed hull of a ship, is a great place to take kids to learn more about maritime history and the various cultures along the Silk Road, from Vietnam to Africa.

Most of the exhibits have been designed with children in mind. General ideas are presented in a bite- size format, with loads of fun, interactive features that will make it very easy for a family to stay there for a couple of hours. 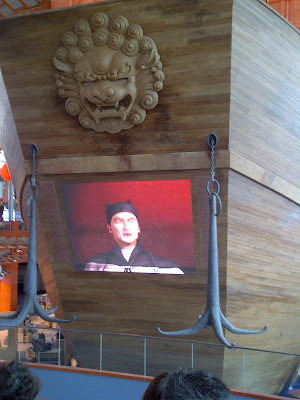 Visitors are first greeted by the replica (actually just the bow) of Admiral Zheng He's Treasure Ship (Bao Chuan) that took to the seas with a great Chinese fleet in the 9th century. There is a nice, short introduction animated video that set the admiral’s adventures into context (it will run on a loop every 20m, in English and Chinese). 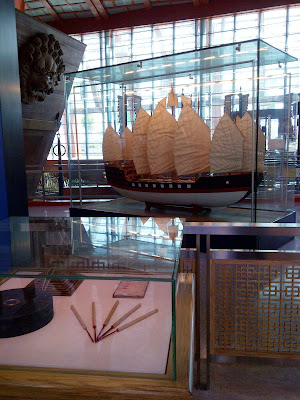 Visitors are then invited to “travel” along the Silk Road, which is broken down in bite sizes (China, Vietnam, Malaysia, Africa, etc) to make it easy on children that have a short-span interest. If you're going there to see historical artefacts, you will be disappointed, but if you have young kids who like to touch things, then you're in luck as there is plenty to touch and even smell.

Fun stations for drawing or interactive computer games are placed at regular interval, offering plenty to keep kids occupied and the panel explanations are just the right length for kids to read (I know a couple of local museums that could take a leaf from that book). 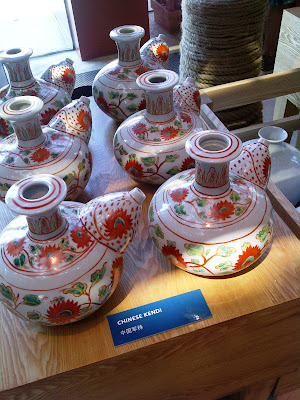 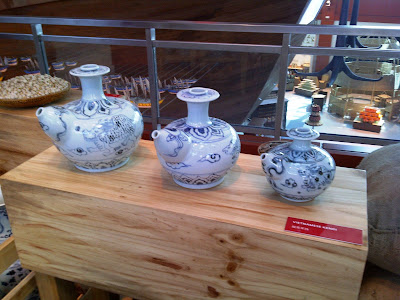 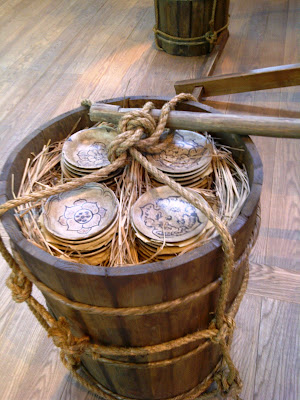 At the end of the “road,” visitors arrive to the Jewel of Muscat, a replica of a 9th-century dhow and a gift from the Omani government to the people of Singapore, which is now strangely suspended in mid-air. 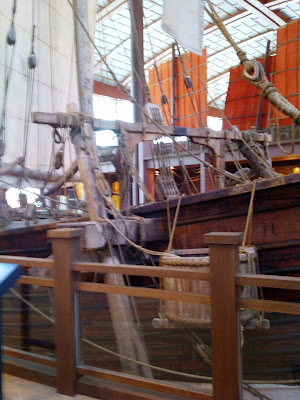 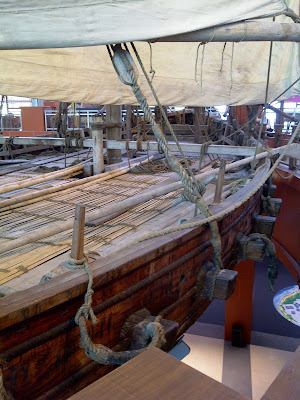 The centerpiece of the museum is a small 360-degree multimedia theatre, where visitors "board" an Arabia-bound sailing ship docked near Singapore 1,100 years ago and get to experience the dangers sailors met on the Silk Route. As their vessel sinks, "passengers" will also experience that sinking feeling as the theatre floor literally descent under the sea. Tickets for the main museum and the theatre will be sold separately (on the basis that you might want to see the museum again, but not the theatre…) 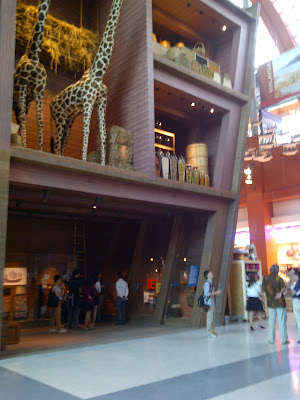 On the lower floor, while children can marvel at the giraffes and rhino reproduction that have been put inside the back of the 14m Treasure Ship, play with the interactive computer pottery game (must try) and, of course, look at the gift shop, parents can get a bit of more serious archaeological knowledge with a small but well curated exhibit of the finds of the Bakau Wrek, which was discovered off the Indonesian coast in 1999. It’s not the Tang cargo for sure, but for a neophyte probably as, if not, more interesting (look out for the small cannon that would have shot arrows). 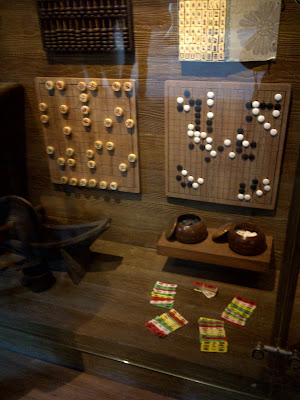 Outside, two life-size replicas of historic ships (there will eventually be four), which you can board, are berthed. They consist of a Javanese jong and an Indonesian Borobudur . 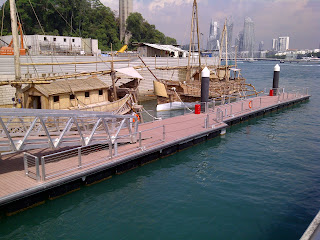 Best of all, this maritime museum for children is priced very affordably at $5 per adult and $2 per children!!! (add another $6 and $4, respectively to see the theatre show).