Romance 'Love in Space' brings some laughs, but too predictable 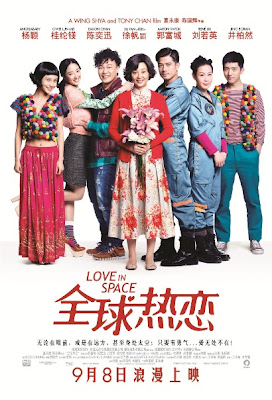 There are a lot of laughs, but also a few yawns and some rolling of eyes watching this new ensemble romantic comedy that follows a mother and her three daughters as they juggle their love life.


The elder sister, an astronaut )Rene Liu), is stuck in space with her former beau (Aaron Kwok), while the middle sister is in Australia, living alone because she has a fear of bacteria and the youngest sister (Angelababy), a well-known actress living with her mother in Beijing, has just been voted worst actress and now needs to prepare for a new role. While the elder sister slowly rekindle her love up in space, the two others meet their dream guy and predictably fall in love.. 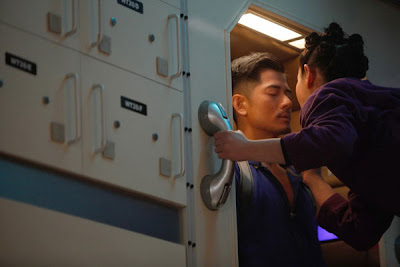 Love in Space is light and fluffy, like a romantic comedy should - surprisingly, most of the laughs that comes from situation rather than dialogues were male.

Unfortunately, the script which has the three single sisters follow more of less the same love story trajectory (meet, fall in love, don't love and finally realize they're meant for each other) is a bit too repetitive as we follow them in parallel. The concept of having the three sisters live in different places (especially space) was an interesting one, but a bit of variety in their own love stories, would have been more interesting (even though the storyline of a woman in fear of bacteria falling in love with a garbage man will have you in stitches)

The "in space" scenes gets the best laughs, but also the razzi moment for over-dramatization.

Not a top romantic comedy you would want to watch again and again (like When Harry met Sally), but a fun hour and a half that passes and goes.