Christie’s concluded its Fall Asian Art Week with a combined total of $75.8 million achieved over four days of sales, September 13 to 16. But Chinese art, in particular jade carvings, outperformed Indian, Japanase and Korean Art categories, clearly pointing to the continuing support of Chinese buyers to their own art.


Looking at the details of % sold by lots and $, it's quite clear Chinese art outperformed other categories. 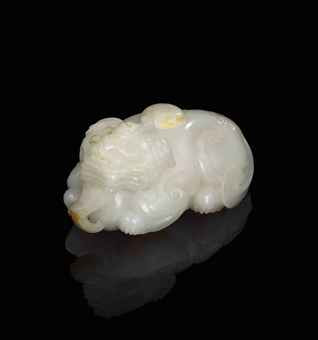 The Jade Carvings from an Important European Collection on Sep 15 sold 92% by dollars, though only 75% by lots. Asian buyers, be it private or trade, dominated the auction, buying the top 10 lots and showing they were willing to pay well above the estimates for the most sought-after lots. For example a very rare and finely carved white and russet jade animal-form water pot from the Qianlong period sold for for $2.09 mln, compared with an estimateof $120,00-$180,000, while an unusual white jade beaker vase from the 18-19th century sold for $458,000 against an estimate of $60,000. 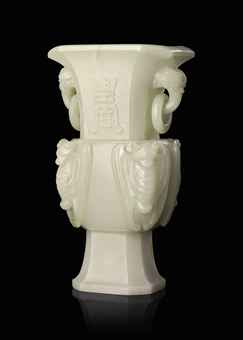 A Connoisseur's Vision: Property from the Xu Hanqing Collection also sold 84% of its lots as well as 85% by dollars. Again jade carving outperformed with an unusal carving of a melon from the 18th century selling for a surprinsingly high $1.42 million, compared with an estimate of $100,000-$150,000! An unusual pale yellow jade figure of a mytical beast from the 18th centiry also sold more than 10 times above its estimate at $722,500. However, the top lot, a hand scroll by Zhu Xi sold at $1.7 million within its estimate. 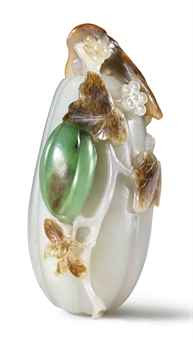 However, the sale of Japanese and Korean Art on Sep 14 didn't fare as well, selling only 59% of its lots and 41% sold by dollars.

The sales of Indian and Southeast Asian Art on Sep 13 also only sold by 67% of its lots, and only 59% sold by dollars.

Even the sale of South Asian Modern and Contemporary art was disappointing only selling 69% of its lots, though 82% by dollars.The sale had 13 lots by the late Maqbool Fida Husain, who recently passed away, and they all sold, however, many did within their estimates.

Chinese buyers may still be on the prowl, but they're not buying everything...