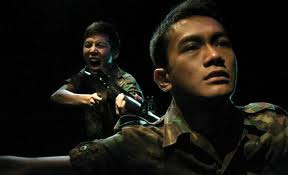 The Man Singapore Theatre Festival made it its mission to present new Singaporean plays and so far, half way through its run, it has delivered some must-see plays that are likely to stand the test of time. 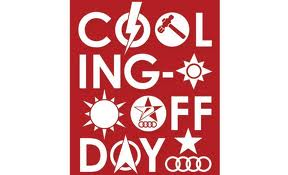 Cooling Off Day, by Alfian Sa'at, is a strong political documentary, where the playwright interviewed 40 people around the time of the last general election in May and is presenting more or less verbatim what they said. It's a patchwork of views from politicians, housewives, taxi-drivers, ex-ISA detainee and a Chinese masseuse, young urbanites that odly sound familiar and nail the shifting political sentiment on the ground.

I'll admit I had a bit of a hard time understanding some of the Chinese and Malay expressions that peppered the play, but the acting was superb and I still managed to catch up some of the "inside" jokes.

The pacing between each commentary vignette could be tweaked so that the switch between moments of laughers to extremely serious reflections is not so abrupt, and there is no hiding where the views of the playwright's lies - firmly on the liberal side, which seems to be dominating the play (whichever way you look at it, the results of the election show that the voice of the majority still lies elsewhere..hearing this majority out to understand why they are voting a certain way is as important as hearing the opposition).

One interesting thing I really wasn’t aware of - after living here for 10 years - is the difference of “urban culture” between the East and the West, which the play regularly alludes to. Given that I live in the East I came out thinking I was on the “cool” side of town. Overall, it is a must-see play whenever it is restaged in the years to come (which it certainly will). 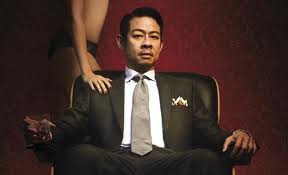 In a completely different register, The Weight of Silk on Skin, is another interesting script by Huzir Sulaiman brought to life by actor-director Ivan Heng. John Au Yong has it all, money, status and women, but as he's about to meet at a dinner party the one that got away, he's in a reflective mood on sex, love and life... This is a monologue play for grown-up, rich with sexual imagery that manages to keep on rolling out poetically. It's hard to find any sympathy for the driven businessman, who uses his money to wield power over women, and it's even harder to understand his enduring love (most likely lust) for the "one" who seems as beautifully blend as the mistresses John has been collecting over the years, yet the beauty of the words used by Sulaiman makes the play a compelling one to watch.

Charged, a play by Chong Tze Chien, deals with the issue of racism and identity in Singapore. In an army camp, a Chinese man has killed a Malay before killing himself, was it a racially motivated murder?. The play raises more questions than it answers and the characters (especially the mothers) can be stereotyped, but it is courageous to at least raise the issue on stage of an otherwise extremely sensitive subject in Singapore