In 2000 Life Magazine ran a survey to find out who were the most significant artists in world history. Hokusai Katsushika came 17th, ahead of Picasso!. The Martin-Gropius-Bau in Berlin is opening on Aug 26 a major retrospective of his works. 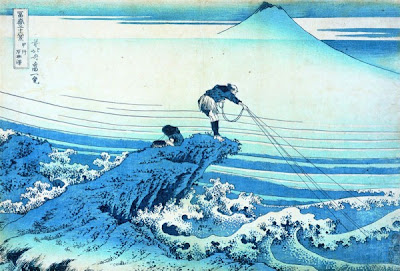 Over 350 works, woodcuts and drawings, illustrated books and paintings - will be on display in this exhibition curated by Nagata Seiji, the leading Japanese authority on Hokusai and his work

Hokusai was born in Honjo, a district of Edo, in 1760. Today Honjo is part of the Sumida district in Tokyo, as Edo was renamed after the Meiji Restoration of 1868. The municipal authorities in Sumida are planning to devote a new museum to the world-renowned artist who spent most of his life in Edo. Some items of the collection intended for the museum will now be on view for a few weeks in Berlin. Many of the works have never been seen outside Japan. 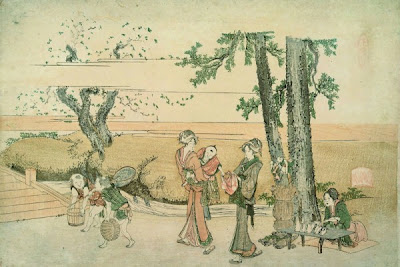 His best-known picture is perhaps the woodcut: “The Great Wave off Kanagawa” from the series: “Thirty-six Views of Mount Fuji” (1823–29), but the exhibition which covers the entire span of Hokusai’s creative activity, extending well over 70 years – hopes to offer convincing evidence of the genius of this great artist. 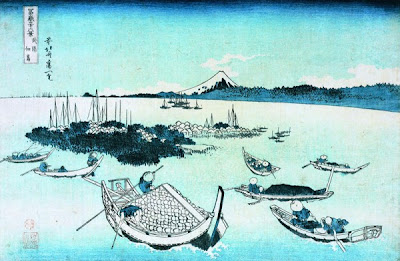 Hokusai was precocious. At six he was able to draw. By 12 he was working in one of the many libraries in Edo that lent out printed books and by 18 he was already a master of the art of the woodcut.

The multi-coloured woodcut had been practised in Japan since the 1740s and achieved a preliminary apogee in the 1790s, a process in which Hokusai played a major part. At that time there were some artists who would use up to 70 colour plates for a single woodcut print.

The Japanese paper manufacturers and publishers had wisely agreed on the production of only two paper formats (oban and chuban) – a rationalization measure that permitted high print runs at lower prices. Bijin-ga, or pictures of beautiful women; pictures of Sumo wrestlers, Kabuki actors,
were very much in demand and flying dealers sold them all over Japan.

Hokusai was praised far and wide for the versatility of his style - although he did not invent “Manga”, his woodcut “Hokusai Manga” is a household name even today and always available as a reprint. 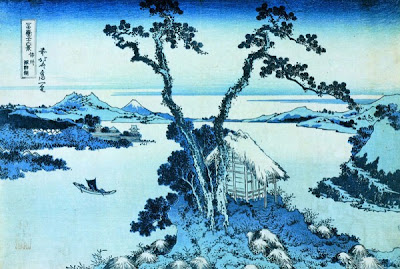 Hokusai's influence remained after his death as his works, brought over to Europe by the Dutch quickly started to influence a generation of artists, such as Degas, Gauguin, Manet (who painted Zola’s portrait against the background of a Japanese woodcut), Monet (who collected several hundred Japanese woodcuts), van Gogh, to name a few.

Looking at these works, one is amaze by how fresh and contemporary some are still today. 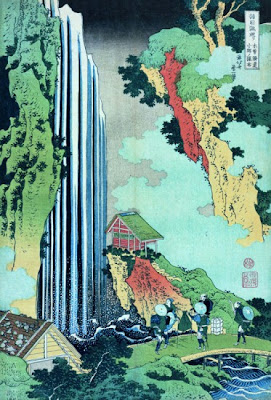 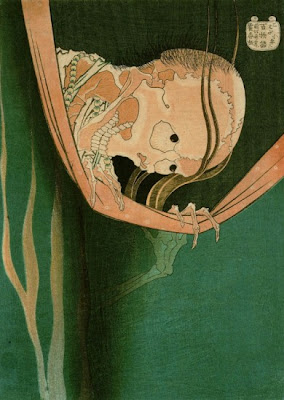 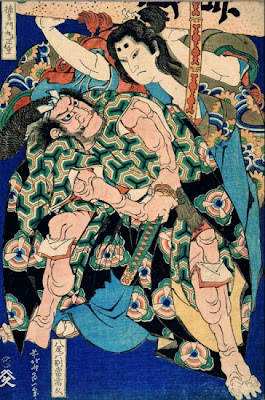