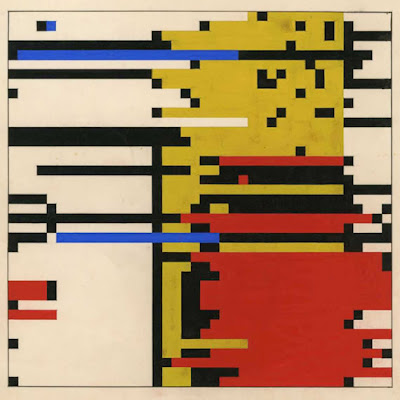 The Japanese philosopher, Hiroshi Kawano (b 1925), is one of the first pioneers in computer art, using a computer to generate visual works that could enter the domain of art. The ZKM will be dedicating a first retrospective to his work from Sep 23. 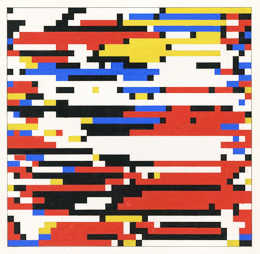 It was in the Japanese IBM review that Hiroshi Kawano was to publish the first designs that he had calculated with the aid of the OKIZAC computer at the University of Tokyo as early as September 1964.

The young philosopher, who was teaching aesthetics at the Metropolitan College of Air Technology at the time, arrived at the information processing machine, the computer, by way of his critical investigations with neo-Kantianism, symbolism, semiotics and, finally, information theory.

In 1964 he created the first of his pictures calculated with a digital computer which was shown in Europe in 1968 at the Tendencies 5, Computers and Visual Research exhibition

He went on to develop his own program to compute arrangements of colored, axis-aligned rectangles. He used the output of such calculations to realize colored images by hand.