Korean artist Do Ho Suh will have a new exhibition at Lehmann Maupin Gallery in NY from Sep 8.

In "Home Within Home," Do Ho Suh will present a series of works that reflect the artist's ongoing exploration of themes surrounding cultural displacement and the co-existence of cultural identities, as well as the perception of our surroundings and how one constructs a memory of a space. 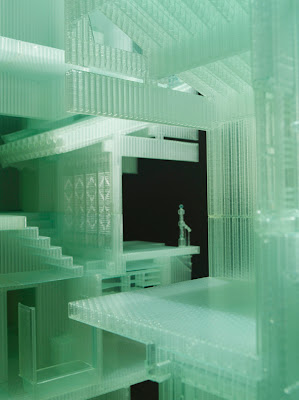 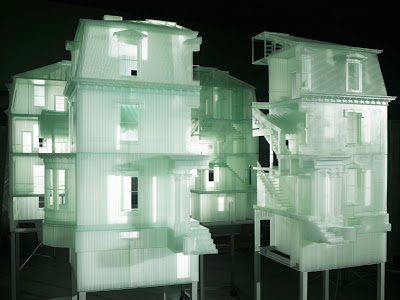 Suh's own feeling of displacement when he arrived in the U.S. in 1991 to study at RISD led him to measure spaces in order to establish relationships with his new surroundings. Years later, the artist developed the idea of taking these measurements and using them to replicate and transport spaces. Suh constructs these architectural spaces and the elements within them in various mediums including fabrics, resin, and Styrofoam. Among the works exhibited in this show will be Fallen Star 1/5, Home Within Home, and a series of fabric objects, all personally revealing works which invite viewers into his homes.

For the works Fallen Star 1/5 and Home Within Home, which are ongoing projects that Suh began in 2008, the artist created replicas of his childhood home in Korea, and the home he adopted in Providence, Rhode Island. The initial iterations were exhibited in “Psycho Buildings” at the Hayward Gallery, London, “Your Bright Future: 12 Contemporary Artists from Korea” at the Los Angeles County Museum of Art in 2009 and the Museum of Fine Arts, Houston in 2009-2010. 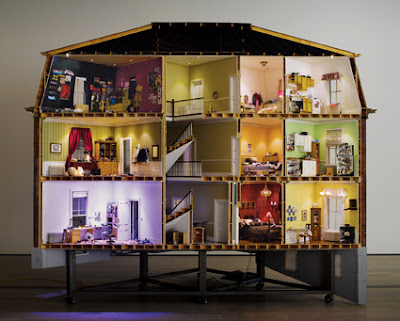 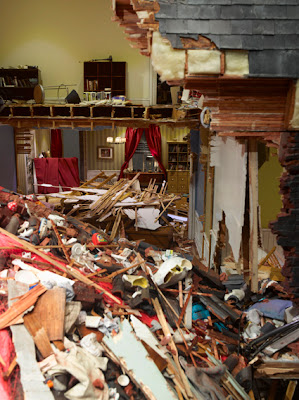 Fallen Star 1/5 reflects a chapter within a fairytale-like story that Suh constructed to depict his journey from Korea, in which he described feeling “as if he was dropped from the sky.” In this narrative, a tornado lifts Suh and his Korean home, transporting him to the U.S. where the tornado then drops him and the house on a building in Providence. The work depicts this crash and the fusion of the two homes.

Suh has said of the work, “It's my personal journey from Korea to the U.S. and the story of the house that came along with me, or brought me here.”

Home within Home depicts Suh's attempt to search for the perfect home. In contrast to the collision in Fallen Star 1/5, these two homes in Home Within Home are merged together, and it is not clear whether the artist's Korean home has grown inside of his Providence home or if the Providence home is swallowing the Korean home. Walls and doors have been cleared in the Korean home to make the spaces between the two houses more porous.

The work is dissected into four quadrants made of translucent resin, each quadrant raised and pulled apart so that the audience can walk through. Suh will also be presenting a series of fabric objects-replicas of objects remaining in his New York home if all of its walls were to be removed.