Christie’s announced the single-owner sale of A Connoisseur’s Vision: Property from the Xu Hanqing Collection, which will be offered on September 15. This elite group of 150 objects includes rare and important examples of ancient Chinese paintings, rare calligraphy, lustrous jades, an assortment of luxurious seals and other sophisticated scholar’s objects that are expected to realize in the region of $7 million. 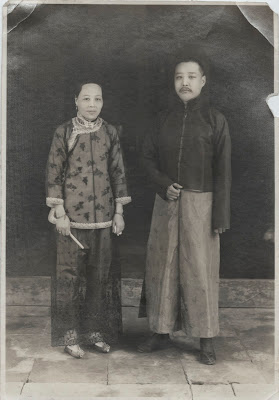 Xu Fubing (artistic name Hanqing and studio name Chunzhai) was born in 1883, in Yancheng, Jiangsu province and died in the 1950s. In his early career, he was a chief official with the Chinese Qing-dynasty government and later, in the early Republican period, a co-founder and President of Continental Bank. While a banker by profession, Xu was also an accomplished calligrapher with a passion for the traditional arts. Formed over the course of his lifetime, Xu’s collection covers a broad spectrum of bronze, jade, calligraphy, painting, porcelain, paper play, and miscellaneous items. In addition to being highly regarded amongst his peers as a collector, he was also an art historian and an expert in inscriptions and textual research. 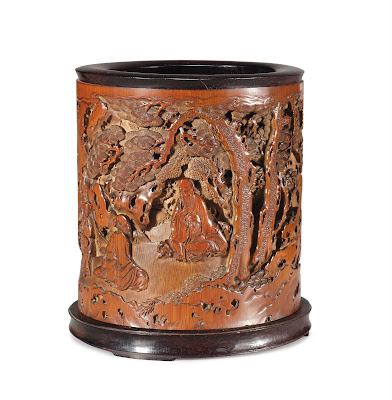 The collection includes a magnificent early 17th-century brush pot carved with scholars in a lush wilderness setting and riddled with dramatic craggy rock formations. The brush pot ports a prestigious pedigree, having once been in the collection of Emperor Qianlong’s 11th son Yongxing (Prince Cheng) (1752-1823), and the name of his studio, Yijin Zhai, is inscribed on the base of the vessel. 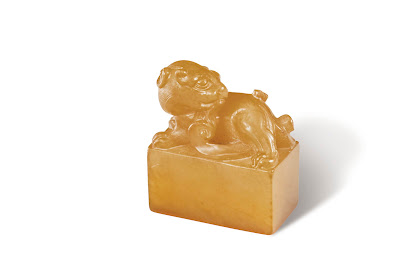 There is a large number of seals fashioned from an extraordinary variety of exotic materials, including jade, ivory, and gilt bronze. Among the most prized materials utilized in the production of seals was
tianhuang (literally ‘heavenly yellow’), a rare and extremely valuable type of soapstone characterized by its distinctive warm yellow tone. The seal dates to the late Ming/early Qing dynasty, 16th/early 17th century and inscribed Xi xin jiong qiu yue (My cleansed heart is like the autumn moon). The stone exhibits a particularly rich yellow color and flawless, luminous translucency and certainly would have been a most treasured possession of a highly successful scholar-official.