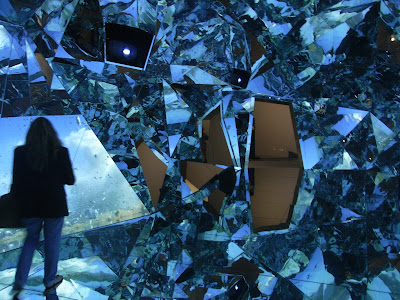 Around 14 billion years ago a tiny, super-dense, super-hot mass exploded and began expanding very rapidly, eventually cooling and forming into stars and galaxies. ‘My Universe – The Beginning’ a new video installation by Chinese artist Zhan Wang is exploring the Big Bang effect immersing the viewer in an explosion of rocks projecting in all directions.

Zhan created a giant cocoon-like structure, made of fractured, angled mirrors inside and out, and this is now on show at the recently renovated National Museum of China in Beijing as part of ‘Louis Vuitton Voyages,’ a comprehensive retrospective of the brand’s history.

Inside a giant mirrored structure, 26 meters long by 6 meters high, Zhan shows a slow motion video of the explosion of a 20 ton rock shot with six high-speed cameras taking 2,000 frames per second each. The video reflects in dozens of mirrors enveloping the visitor, while the noise of the explosion, which has also be slowed down, creates an oppressive feeling.

Zhan says the concept of ‘My Universe – The Beginning’ was about “removing the boundary of time and showcasing power in its most primitive form.”

"It’s a very simple idea but I wanted to give people the feeling that the rocks come toward you and you are in the middle of the explosion,” the artist says, adding that the installation is only the beginning of a much larger project that will be shown at the end of the year at the Ullens Center for Contemporary Arts in Beijing for which he will include a new sculpture installation using the rock fragments from the filmed explosion. 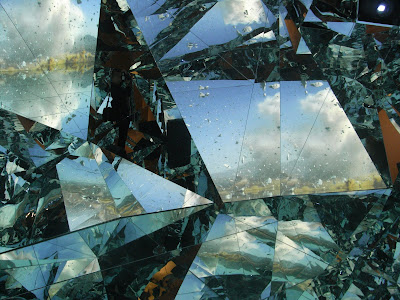 Describing his video, Zhan says “it explores the process of the initial formation of origin and order; it can be said to be the beginning of all shapes, a starting point; an extension of traditional forces, one with the potential of numerous possibilities. A large rock that has weathered storms for more than a million years can give birth to numerous tiny rocks under the impact of an explosion. The best way to explore the universe is none other than looking inward. Big explosions often stem from inner needs.”

“We cannot see the origin of the universe, but the explosion can help us imagine how it was all like in the beginning, in a pristine stage. Through my art, I have always been exploring the nature of things,” Zhan says.

One of the most respected contemporary artists in China, Zhan has achieved international recognition with his stainless steel sculptures of artificial mountain rocks that simulate those that can still frequently be found in traditional Chinese gardens. Inspired by the “scholar rocks’ – small naturally-formed perforated rocks that have long been appreciated by Chinese scholars from the Song dynasty onwards – these large artificial stones are seen as abstract sculptures central to beautifying a garden. In Zhan’s hands, they have become a dialogue between new technologies and cultural traditions. One of these older sculptures is also presented in the Louis Vuitton exhibition next to The Beginning installation. Read the whole story in July Prestige edition in Singapore, Indonesia and Thailand. 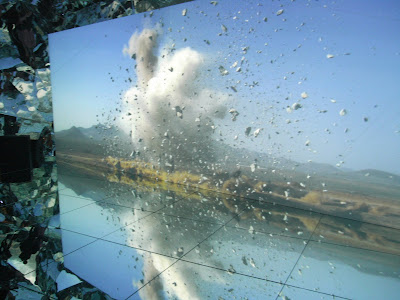