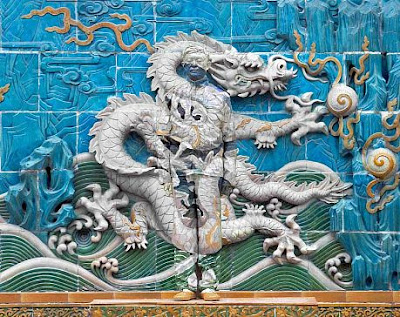 Beijing artist Liu Bolin’s The Invisible Man, now at Eli Klein Fine Art in New York, continues his exploration of Chinese national identity and the relationship between human beings and the environment. 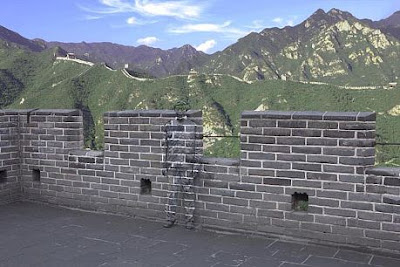 In The Dragon Series, the artist pays tribute to the history of China and specifically Beijing. Liu Bolin chose the iconic site of the “Nine Dragon Wall” in he Imperial Palace to celebrate the grandeur of Chinese culture and history. The motif of the five-clawed dragon, symbol of Imperial power, chasing the enflamed pearl is prominent in Chinese classical culture. The ceramic wall is also a magnificent illustration of Chinese artistic craftsmanship.

Shadow is Liu Bolin’s latest exploration of people and nature and one which questions our assumed ownership of the natural world. Photographed on the roads and roofs of Beijing, these new works depict outlines of Liu Bolin’s body after he has laid face-down on the asphalt or tiled roofs during periods of heavy rain. The diptych format shows Liu Bolin’s body alongside the “shadow” he leaves, the literal mark of humanity imprinted on the environment. This series is made poignant by China’s rigorous industrialization which systematically destroys nature. 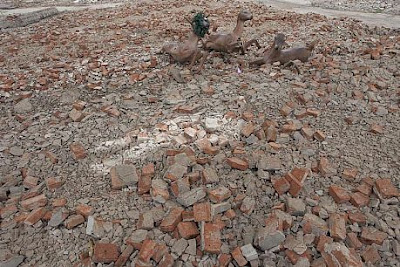 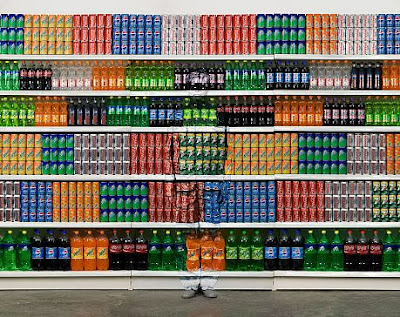