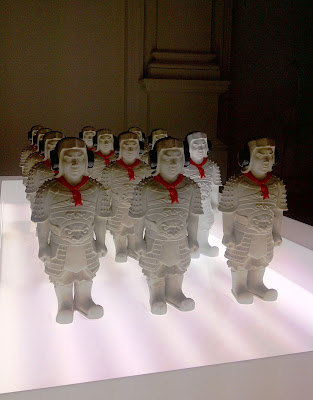 To complement its exhibition 'Terracotta Warriors: The First Emperor and His Legacy," the ACM has installed several works by Justin Lee, a Singaporean artist, who has long explored the link between past and present and East & West in his works.


Based on the Singaporean artist’s previous installation East & West, which was acquired by the Singapore Art Museum in 2010, Lee's modern terracotta army with headphones on their heads are
flanked by graceful maidens armed with modern technologies and the latest 'it' bag and two cranes (Chinese symbols of longevity) playing with a TV set.. 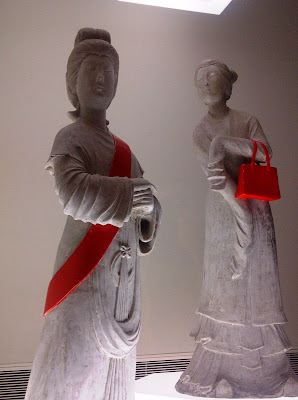 I've always liked Lee's blends of Western pop art with traditional Eastern imagery. Although the terracotta warriors are tomb figures, his playful use of red and light suggests that life after death might not be so bad after all. Unsurprisingly, the museum has caught on the idea that Lee's pop art work is perfect for marketing cups, rulers, bags and t-shirt. For once, these merchandising works. 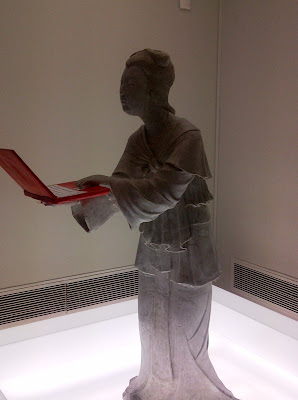 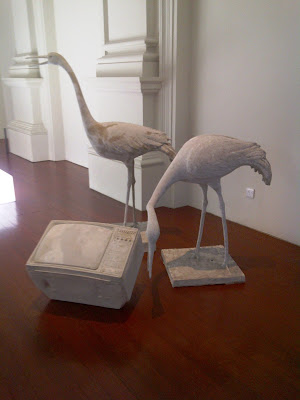