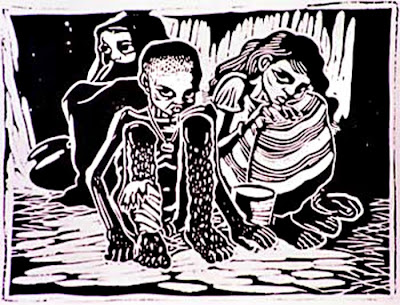 Chittaprosad Bhattacharya, India's foremost politically-engaged artist of the mid-20th century, is the subject of a new exhibition at Delhi Art Gallery, in New Delhi.
One of India’s most important artists, Chittaprosad recorded pivotal political and social movements in the country in heart-wrenching sketches and drawings, such as the Great Bengal Famine of 1943-44 in which more than three million people died. 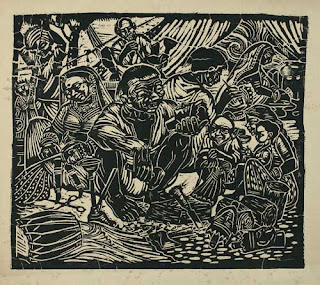 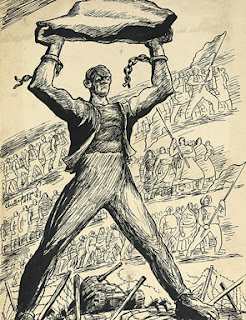 Besides his drawings, watercolour paintings and prints, the exhibition includes Bhattacharya’s published writings, letters, posters, photographs and puppets. For the show, the gallery has published four books, including a facsimile edition of his book Hungry Bengal, all copies of which, but one, were seized and burnt by the British.