Chinese opium pipes exhibition to open in Paris in September 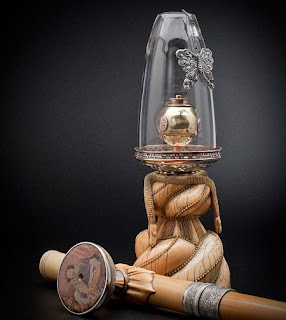 The Delalande gallery will organize in September an exhibition inside the Louvre des Antiquaires in Paris around opium objects. 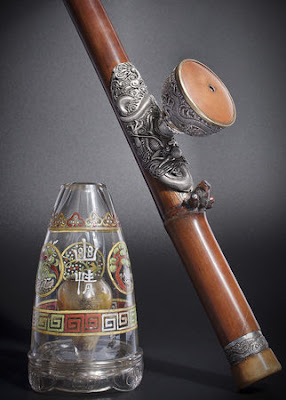 "Memories of Opiums" will look back at the history and rituals of the poppy-derived drug. The exhibition will show a set of rare objects used to extract, prepare, store and consume opium. Sculpted screens, embroidered suits of high-level dignitaries, pipes covered with lacquer or adorned with tortoiseshell, seal skin, or silver, retainers made of sculpted ivory, wrought metal plates, and cylindrical cloisonné boxes bring back memories of the hidden world of opium dens... from centuries past. 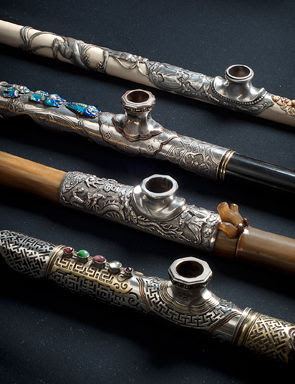 Originally from Asia Minor, the poppy has been grown and consumed in China since the 7th century. Its seeds were used for food preparations and its heads for medicinal decoctions, primarily used to soothe pain and treat a number of ailments and epidemics.

It wasn’t until the 17th century that the poppy started to be smoked in China. The prohibition against tobacco by the last Ming Emperor in 1637 led to the first opium consumption. Having adopted the habit of inhaling smoke, smokers ultimately replaced tobacco with the opium poppy, from which the sap is extracted to obtain «chandoo», a semi-liquid purified opium intended solely for smoking.

The practice first entered the habits of the Chinese elite, and then quickly spread from there. Around 1830, smoking dens started popping up everywhere in the country. 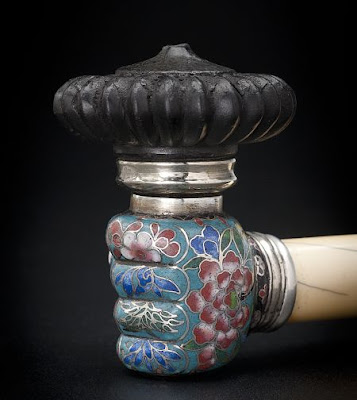 Opium smoking was finally officially banned in China in 1906. But it had long spread to other part of the world, as European travellers returned from China and Indochina. 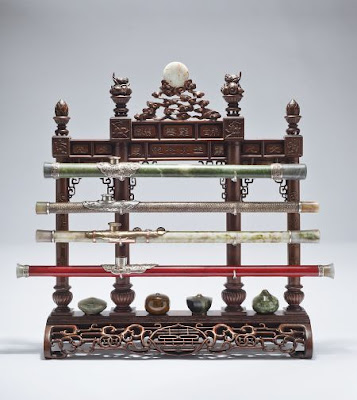 Some of these objects can be true works of art, as shown in all these photos from the gallery. 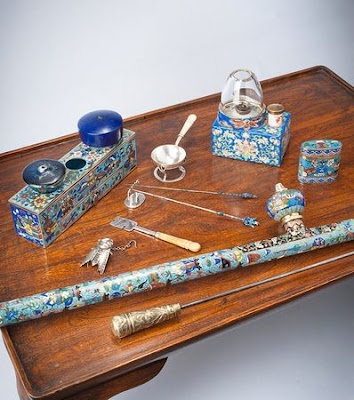