When the Indonesian-Chinese collector Budi Tek, also known in China as Yu Deyao, bought a 1992 masterpiece by Zhang Xiaogang at a Sotheby’s auction in Hong Kong last autumn, he didn’t intend to decorate an office wall or keep it hidden in a warehouse. Mr. Tek — who paid 52.18 million Hong Kong dollars, or $6.69 million, for “Chapter of a New Century — Birth of the People’s Republic of China II” — plans to showcase the work in a new private museum, the De Museum, that will be under construction later this year and is expected to open in 2013. 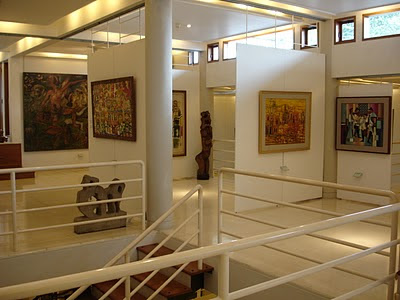 Mr. Tek already owns the Yuz Museum, a contemporary art museum in his hometown of Jakarta. The two-and-a half year old institution is open to the general public and is free of charge. It presents exhibitions two to four times a year, drawing on works from Mr. Tek’s collection of more than 1,000 paintings. Currently closed for maintenance, it will reopen in July with a solo exhibition of Ye Yongqing’s works.
Mr. Tek is not alone. Throughout Asia, several private collectors are now sharing their passion for contemporary art by opening private museums, and more are considering following suit.

“In Asia, the private sector plays a very important role in supporting contemporary art, because governments are not really that interested,” said Dr. Oei Hong Djien, one of the most established art collectors in Indonesia and one of the first to set up a private museum in the region. In Indonesia, he added, “there is no real infrastructure, galleries, or fairs to support young artists.”
Dr. Oei opened the OHD Museum of Modern & Contemporary Indonesian Art in Magelang in Central Java in 1997. It is accessible to the general public by appointment, and he estimates that the museum displays only about 10 percent to 15 percent of the 2,000 pieces or so in his collection at any time. “The rest of the pieces are in storage and we rotate,” he explained, adding that he has also lent pieces to national museums in Singapore, South Korea, Japan and the Netherlands.  While Dr. Oei initially collected early works by artists who have now become “masters” of modern art, such as Affandi and Widayat, his collection is now divided fairly evenly between contemporary and modern Indonesian art, as he has found himself in recent years supporting more younger artists.

“I bought Masriadi when it was still $1,000,” he laughs, referring to works by I Nyoman Masriadi, a 38-year-old artist whose paintings are now consistently the most expensive Indonesian contemporary art at auction. One of his works, “The Man From Bantul (The Final Round),” fetched $1 million in 2008 at Sotheby’s Hong Kong.

In Singapore, there are at least three private museums of contemporary Asian art, including Art Retreat, which was opened by the Indonesian collector Kwee Swie Teng and which includes a gallery dedicated to the late Chinese master Wu Guanzhong. In India, the mother-son collector duo Lekha and Anupam Poddar started the Devi Art Foundation in 2008, the country’s first noncommercial, nonprofit space for contemporary art. And early this year, Shiv Nadar, founder of the $5 billion technology company HCL, and his wife, Kiran, opened the Kiran Nadar Museum, which showcases modern and contemporary Indian art from their collection.  Read the whole story in the
a href=http://www.nytimes.com/2011/06/14/arts/14iht-rartjessop14.html/ target="_blank">IHT