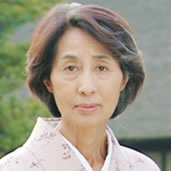 The 24th Tokyo International Film Festival, which will be held from Oct 22-30, will hold a retrospective screening of films starring Kyoko Kagawa, the great Japanese actress who was beloved by Kenji Mizoguchi, Yasujiro Ozu, Akira Kurosawa, and Mikio Naruse, who were all legendary directors during Japan's golden age of film in the 1950's. This retrospective entitled "Kyoko Kagawa and the Masters," will be co-hosted by the National Film Center. This year, Kyoko Kagawa will receive an award from FIAF for her achievements in film. The award ceremony will be held during the festival.