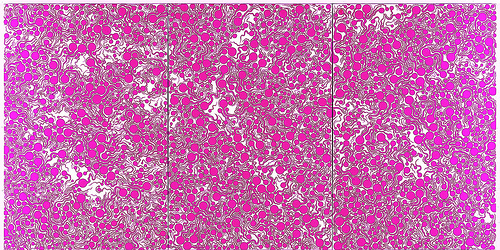 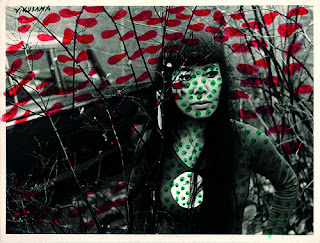 A major retrospective of the work of the Japanese artist Yayoi Kusama (b1929) just opened at Museio Reina Sofia in Madrid (it will travel to Paris and London later).

This artist came to preheminence in the 1960s when she moved to New York, which by that time was the epicentre of art worldwide.

This is the period of her most recognisable works: the Accumulation sculptures, in which paint ceases to be an object and finds itself in the domain of sculpture, with an abundance of phallic appendices, and the Infinity nets, large extensions of polka dots that continue to make use of white monochrome. 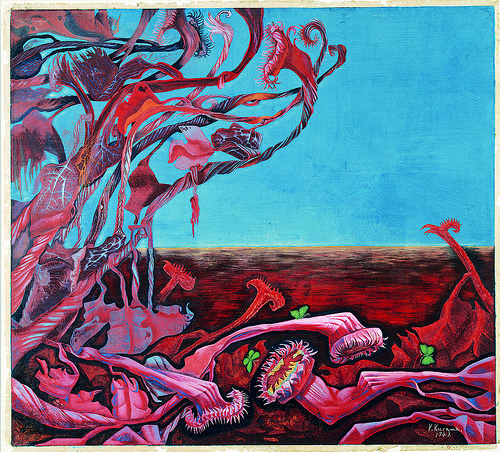 In the early 1970s, Kusama returned to Tokyo and voluntarily entered a clinic for the mentally ill, where she has remained ever since. She has continued to produce work at a prolific rate with her obsessive arrangements remaining at the core of her art.