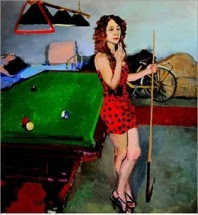 Comprising paintings, extensive diary entries and a documentary film by iconic Taiwanese director Hou Hsiao-Hsien, Hometown Boy offers a complete perspective on the artistic practice of Liu Xiaodong, one of China's most respected painters. Liu approaches his work much like a filmmaker. Whether on paper and canvas, or on video and film, he documents each step of the creative process, recording his methods, motives, observations and impressions, so that each component forms an integral part of the final work. He is the artist-as-director: the people he paints are his actors, and we, the observers, are the audience.
Liu Xiaodong was only seventeen when he left his hometown of Jincheng to study art in Beijing. Despite his travels to exotic and familiar locales and the many portraits painted over the years, Hometown Boy marks the artist's first extended trip home in three decades. His landscapes of Jincheng, a small town built around a paper mill, and portraits of his boyhood friends are based not on what he remembers, but on what he observes. Hometown Boy is Liu Xiaodong’s most conscious effort yet to create a dialogue between past and present.