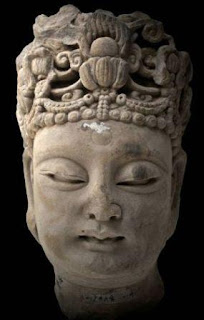 Ancient rock carvings from Dazu, a world heritage site near Chongqing, will be exhibited at the National Museum Cardiff from Jan 26. Dating from the 9th to the 13th centuries, the rock carvings comprise some 50,000 figures, some of which are now detached from their original setting. The show will also have replicas of some of the most important sculptures still in situ and dramatic large-scale images, to give some idea of what it is like to visit these spectacular places. 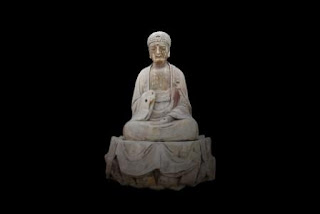 The art of rock-cut cave temples developed as a means of spreading Buddhist ideas in ancient India. In China it developed alongside the introduction of Buddhism, and flourished along the Silk Road and the Yellow River Valley from the Northern Wei (AD386-534) to the prosperous Sui (AD581-618) and Tang Dynasties (AD618-907). The Dazu rock carvings built on the early cave temple tradition but developed the art form in new directions. They integrated the ideologies of Buddhism, Daoism and Confucianism to produce sculpted cave complexes which are uniquely and wholly Chinese in character, and much of whose subject matter is secular in nature.