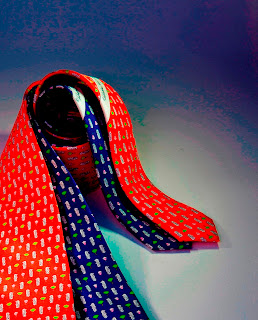 Salvatore Ferragamo has launched “The Merlion Tie” to celebrate its presence in Singapore. Its main motif is oviously the Merlion, flanked by the Vanda Miss Joaquim and the Traveler’s Palm. The half lion, half fish is a pure invention of the Singapore Tourism Board, which was looking for a marketing icon in the 1960s. It was created by sculptor, Lim Nang Seng, and while many consider it tacky it has become a symbol of the city-state, with tourists often making the trip to its location on the Bay to take photos. The animal symbolises the legend of the rediscovery of Singapura, as recorded in the "Malay Annals". In ancient times, Singapore was known as Temasek, a Javanese word for sea. In the 11th century A.D, Prince Sang Nila Utama of the Sri Vijaya Empire rediscovered the island. When the Prince first landed on Singapore's shores, he sighted a mystical beast which he later learnt was a lion. The Prince then decided to name the island "Singapura" which in Sanskrit means Lion (Singa) City (Pura).