Published - Racing and More in Singapore by Night 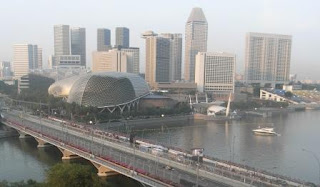 The first night race in Formula One history put Singapore on the sport’s map in 2008, and visitors to the 2010 Grand Prix this weekend will find that the city-state has not stopped innovating. In the last year, Singapore has opened two integrated resorts with casinos, a number of boutique hotels and countless restaurants and clubs. While it is still far from being a city that never sleeps, Singapore is trying hard to demonstrate that it is more than just a place to do business, and the Grand Prix affords it a perfect occasion to do so on a large scale in front of many high net-worth individuals. With the street track winding through the heart of the city and the race’s night setting, race promoters have always paid close attention to the entertainment component of the Singapore Grand Prix, both inside and outside the circuit zone. This year, the entertainment budget is slightly more than 5 million Singapore dollars, or $3.7 million, up from nearly 4 million dollars in 2009 and about 3 million dollars in 2008.  Last year, the main entertainment component, the F1 Rocks concerts, was staged at a separate venue, away from the circuit, although the race promoters also organized entertainment on the circuit. But this year, the Singapore organizers have considerably increased the headlining acts available within the circuit zone, with 10 different stages spread across four areas. Read the whole story in the International Herald Tribune .
Luxury Published stories Singapore