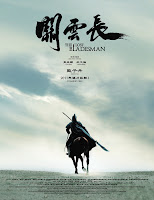 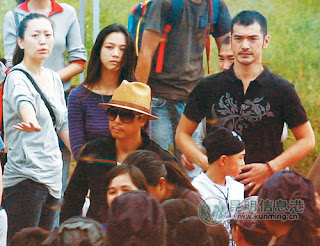 Donnie Yen is one of the most down to earth film stars I've got the opportunity to interview. When I met him last year on the film set of Bodyguards & Assassins, he was quite frank about the fact that he's not getting any younger and that while he's still in great shape compared with your average 46 year old, he won't be able to do his own stunts for ever. The action star has still a few peak years left in him, but he's aware than he needs at some stage to reevaluate his career and move into more serious acting roles. For the time being he seems to be packing as many projects as he can, and he is certainly in high demand. He has just wrapped up production of The Lost Bladesman, a historical epic from directors Felix Chong and Alan Mak in which he plays famous warrior. The film will be released in 2011. The result of his previous shooting, The Legend of the Fist: The Return of Chen Zhen by Andrew Lau will be the second film on the opening night (Out of Competition) of the 67th Venice International Film Festival next month. His next film, Wuxia, was due to start shooting this week in China. This is the new project by Peter Chan, I'm written about previously (see previous posting in June) which also stars Takeshi Kaneshiro. There have been rumours that Gong Li could also been attached to the project, but I have it in good source that at this stage, it's just that: rumours.
Here is the link to my interview with him last year in the IHT