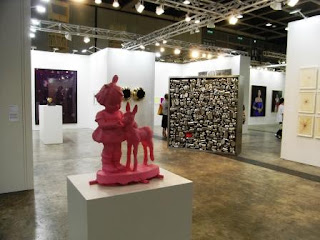 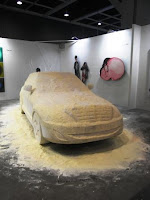 You don't often hear people complaining about image overloads, but the visual feast at Art HK 2010 can be overwhelming after a few hours...A few things I noticed:
1. Southeast Asian artists (though present) were generally under-represented (few Indonesian, Thai, Vietnamese, but pickings were slim).
2. Damien Hirst was everywhere! Several galleries had brought some of his butterflies and skull works. There were also spot paintings and a cabinet display. White Cube even showed one of if formaldehyde, The Inescapable Truth (2005), a floating dove - which repordly sold to an Asian collector for £1.75 million. Asians are always brand name conscious and Hirst is definitely a brand 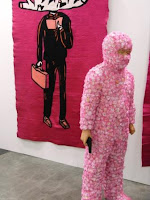 3. The priciest work on offer is a $12 million Warhol at New York’s Greenberg Van Doren Gallery.
4. Early sales were reported, such as a new Zhang Xiaogang painting — Husband and Wife, 2010, for $1 million to an Asian buyer, two Aya Takano paintings for $125,000 each and Tracey Emin’s 2010 neon installation, I Promise To Love You, for £55,000. But galleries were cautious saying selling was slow with collectors taking their time, making enquiries. 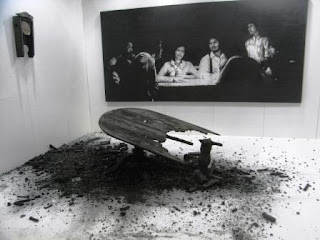 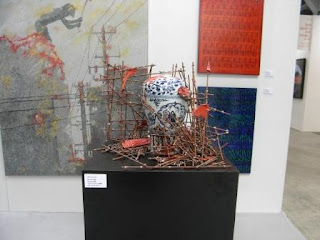 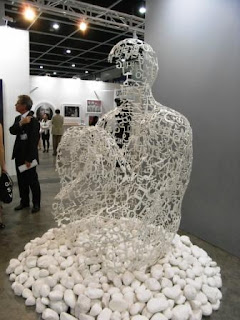 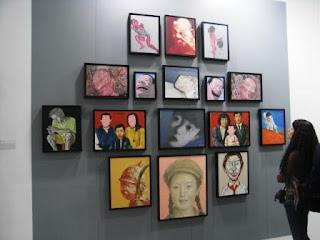